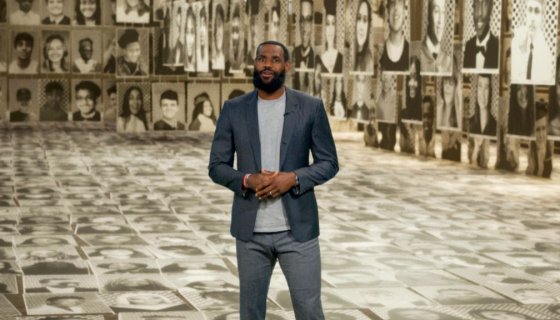 The more we get into this COVID-19 pandemic and its quarantining ways, the more it seems like we won’t be seeing the return of the NBA season this year. And that’s regardless of the fact that the game’s tops players want to return to the court.

Luckily for us ESPN gave us something to indulge in when it aired it’s hit docu-series and in UNINTERRUPTED and WRTS’s after-party show, LeBron James weighed in a bevy of subjects including meeting Michael Jordan at 16-years-old whom he considered “Black Jesus,” and his hopes of finishing out the rest of this season amongst other things.

“Definitely not giving up on the season…Myself and my teammates, the Lakers organization we wanna play. There’s a lot of players that I know personally that wanna play. We don’t ever wanna jeopardize the health of any of our players, or any of the players families.”

Still, LeBron knows the dangers that are still awaiting outside and won’t dismiss the science like some orange hued people. “This is a pandemic that we have no idea, we can’t control it…We’re going to listen to people in the hierarchy that’s been following this pandemic, following the numbers, following the data.”

Check out the whole interview below and hope and pray that this pandemic is resolved in some way, shape or form sooner than much much later.