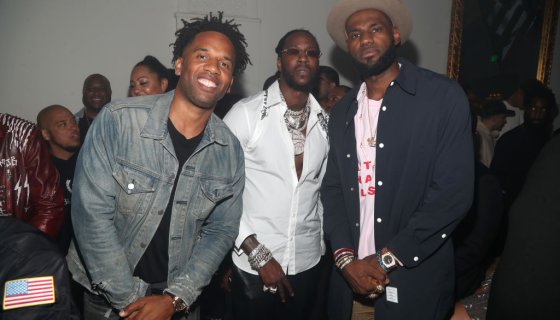 and Maverick Carter are positioning themselves as power players in the media and entertainment space, and just signed a new deal that bolsters that fact. The pair’s has signed a two-year deal with ABC Studios to develop scripted series for the Disney-owned property.

Deadline reports that James and Carter have been shopping around with various networks and platforms for a new distribution home for SpringHill after signing with Warner Bros. in 2015. The company has its hands in a number of anticipated projects, including a limited series focused on the life of Madame C.J. Walker, and producing the upcoming season of Top Boy.

“SpringHill Entertainment makes the shows LeBron and I want to watch. We look at every project as a way to connect with our community and ask ourselves if it will entertain and empower them. We want our content to be insightful in every way,” Carter, CEO of The SpringHill Company, said a statement. “Disney is an incredible home for SpringHill’s future growth in scripted television. Disney’s variety of platforms, extensive reach, depth of talent, and diversity of audience opens up so much opportunity for us to keep creating great stories.”

Deadline added in another report that SpringHill Entertainment is now rolled into the new The SpringHill Company, which just gained $100 million in funding. Chief Content Officer Jamal Henderson will continue to oversee projects with executive team leaders Eric Oberland and Lezlie Wills.

SpringHill Entertainment was founded in 2007, producing the documentary More Than A Game.