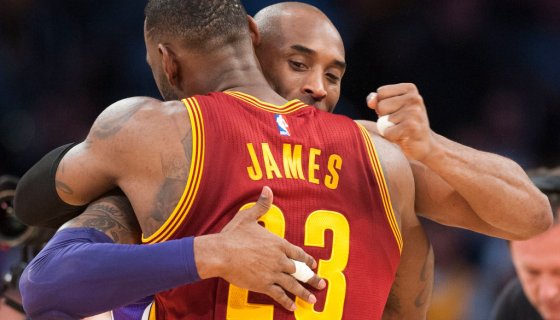 Following the news of the that took the lives of Kobe Bryant, his daughter Gianna and seven other people, all eyes were focused on LeBron James socials to hear what he would have to say. His silence was deafening, but since breaking his silence, he is letting the world know he truly misses the Black Mamba.

3 days ago, Bron revealed in a that he dig deep to write the caption honoring the Laker legend and his niece Gigi. It was clear James took Bryant’s death very hard, which came on the heels on him passing Kobe on the NBA all-time scoring list and hearing Bryant’s voice one last time before he died.

Now TMZ is reporting that James honored his brother/friend by immortalizing him with a new tattoo. LeBron gave us a glimpse of the body ink during a football-inspired workout. It’s hard to really make out due to the fact it’s wrapped in saran wrap to protect it, but the celebrity gossip site believes its a black mamba with the words “Mamba 4 Life” written underneath it.

According to TMZ, Bron plans to do a big reveal of his new body art on his Instagram account before tonight’s emotional matchup between the Los Angeles Lakers and Portland Trail Blazers. It will be the first time the Lakers take the court since Bryant’s death. The Lakers were supposed to play the Clippers earlier this week, the “out of respect” for the organization. ESPN’s Stephen A. Smith respectfully disagreed on the decision.

“Totally respect where the NBA, the Lakers organization and everybody is coming from. I just respectfully disagree with the decision.”

It’s been 5 days since Kobe and Gigi’s death but reactions are still coming in from those who extremely close to them. Wednesday, Bryant’s wife, Vanessa, a day ago change her IG avi and posting a loving tribute to her husband and daughter. who called Kobe his mentor spoke about Bryant following a Nets victory Wednesday night while visibly shedding tears.

We expect plenty of other NBA players, athletes, rappers and fans to follow Bron and Davis by getting tattoos to honor Kobe.