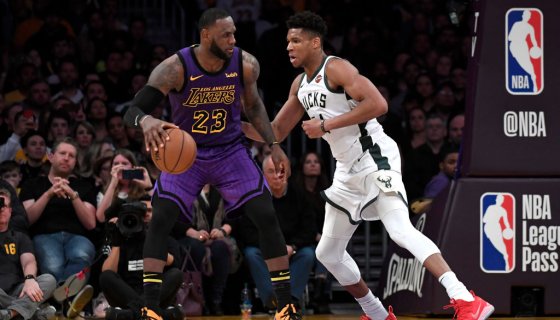 When NBA’s 69th All-Star game tips off in Chicago, Sunday, February 16, we know who the starters will be on the court for the league’s grand showcase of its talent.

For a second straight year, (6,275,459 fan votes) and the Greek Freak, (5,902,286 fan votes) will be the captains of their conferences respective teams. As leading vote-getters, they will be tasked for selecting the players out of the pool of the starters that named alongside the announcement of them earning captain honors. The All-Star draft will officially go down on Feb. 6 on TNT at 7 p.m. ET.

Fans make up 50 percent of the vote while media panels and NBA players respectively account for 25 percent each.

As expected as the news was announced, Young, Siakim, and Dončić all were emotional to learn voters bestowed upon them such an honor.

.@TheTraeYoung couldn’t hold back his emotions after finding out he’s an #NBAAllStar starter 👏 pic.twitter.com/stLQSxxLd7

.@pskills43 found out he was an #NBAAllStar starter with his brother & coach Nick Nurse by his side. ✊

“I used to dream as a kid just being in the NBA, now I can play in the All-Star game.” 👏

Safe to say @luka7doncic is excited to make the trip to Chicago. pic.twitter.com/boOHe1FNWD

Of course, with these announcements, there comes some head-scratching from NBA fans as well. Some believe Portland Trailblazer’s Damian Lillard and the Miami Heat’s Jimmy Butler deserved starting nods, but with a league so loaded with talent, it’s understandable how they could be snubbed.

BUT that does not mean they won’t be on Chicago’s United Center court during the All-Star game. Butler and Lillard are one of the many names who are definite locks when the All-Star reserves are announced next Thursday (Jan.30) exclusively on TNT.

TNT’s Inside The NBA crew unveiled their picks of NBA All-Star reserves, which should also spark some serious debate.

“You got two Pistons.”

Agree with the guys’ choices for West #NBAAllStar Reserves? 🤔 pic.twitter.com/x4RRFFVOLc

As for who the captains will select for their teams that is still up in the air, LeBron hinted he is not playing favorites when asked if he would choose his Lakers’ teammate, Anthony Davis, with his first pick.

Well, we will just have to wait and see, it looks like we should expect a great All-Star game though. One thing we do know is what sneakers to see on some of the player’s feet when they take the court. You can see the full lineup of kicks coming from Jordan Brand and Nike Basketball when you head .