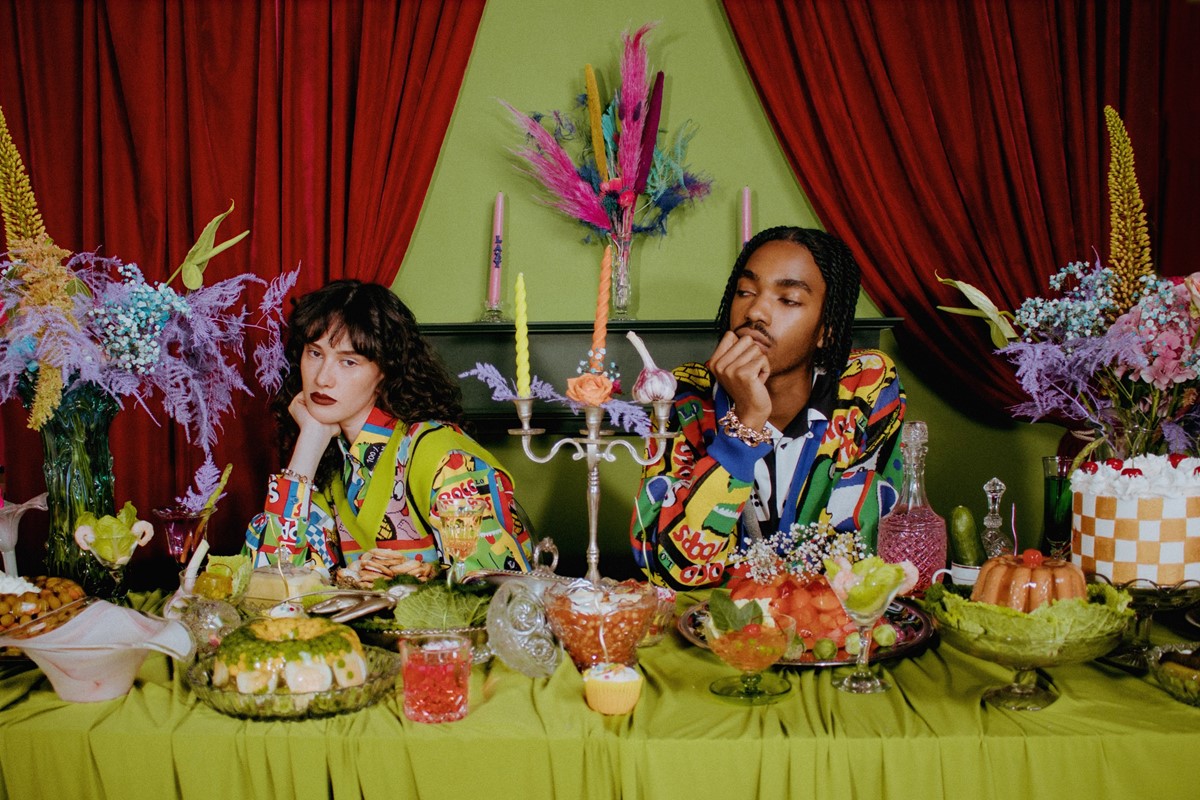 British streetwear label Lazy Oaf hits the major milestone as a socially responsible and wicked-humoured brand, celebrating all the blood, sweat, and lols along the way with its Birthday Collection

Beginning in a north London garage in 2001, Lazy Oaf is a brand and institution that has navigated many a trial and triumph. “We have some battle scars and many stories to tell!” Lazy Oaf founder and CEO Gemma Shiel tells Dazed. From killer collabs and debaucherous parties, a devastating warehouse fire, floods, and a global pandemic, Shiel has steered the fiercely independent streetwear brand to find its unique and enduring point of view in fashion. There’s a Lazy Oaf-brand of coy, wicked humour that is immediately recognisable to its community, expounded while never compromising on its high quality design or strong sense of social responsibility.

Oaf first found life in the early aughts, where Shiel was printing tees in her dad’s garage to hawk at a Spitalfields market stall. Alongside the shirts, she merchandised her wares with some classic porno mags to pique customer interest in the then-embryonic brand, a stroke of the irreverent tone of voice that was to come. Shiel was fresh from a degree in textile design with a specialism in printing from Nottingham Trent University, and balancing jobs in Urban Outfitters and in graphic design – but she was determined to kickstart a label that spoke to both the millennium-morphing aesthetics of the time, and her own experience of growing up in the 90s.

It rapidly ascended to cult recognition, and became a fave of early fashion influencers and celebrities with its pop culture-referencing prints, unabashed use of colour, and amorphous silhouettes. Stick on some landfill indie and throw it all back to the mid-00s, and you’ll see everyone from Popworld presenters to a young Lena Dunham stepping out in Oaf designs – the iconic Batman collection or rainbow watermelon prints might fill your mind’s eye. Oaf built itself up in through IRL community events, trade shows, and a burgeoning online presence with Tumblr. As the demographic of Lazy Oaf lovers has percolated from Millennials to Gen Z, finger-on-the-pulse sensibilities have moved with the label into the present day, with over one million Instagram followers, and Lava La Rue and Gigi Hadid as just some of the certified Oaf fans.

Lazy Oaf made the decision to go ‘Direct2Oaf’ in the pandemic after some reflection on its ethos. That meant scaling back from its hundreds of global stockists to sell exclusively on its own website, app, and two brick-and-mortar London stores. This individual gear change won’t, however, stem its portfolio of collaborations. The first big dream partnership with Dr Martens in 2017 became a longstanding relationship with multiple collabs, and since then, Lazy Oaf has produced pop iconography-worthy collections like the Daria and Garfield designs, and worked with Melissa, Vans, and Underground Creepers.

Collaborations with independent designers will also continue – their first artists submissions open call in 2012 led to two successful collections with Irish Illustrator Laura Callaghan. As will the non-profit capsule collections. The most recent project, the Do Good Art Club, presented a seven-piece collection designed by King Owusu, Mithsuca Berry, and SAUCY SEZ. Proceeds go to domestic violence organisation The Wish Centre, femme-powered arts charity FEMS, and Thrive, an organisation that improves the lives of disabled people through gardening.

Oaf has seen generations of fashion rebels through aesthetic eras, cultural moments, and trends – some enduring (hello, ‘Indie Sleaze’!), others fleeting, always fun. Now, to celebrate its 20th birthday, it has launched a 20-piece collection that travels through the archive to bring back some beloved and forgotten designs, elevating and reimagining them for where it’s at in 2021.

The journey into the Oaf archive was a chance for Shiel to reminisce and rediscover. “I loved working on the Birthday Collection and delving deep into past collections throughout the years,” Shiel says, “both cringing over and falling back in love with some pieces that I had forgotten about.”

“My first love and passion is design and creativity, and I am excited to release our Birthday Collection that takes our design ideas from the past and reinvents and re-introduces them to all of our incredible supporters, as well as the new people that might be just discovering us,” Shiel says. As well as running the business, Shiel has remained hands on in the design process, as she’s passionate about keeping it close as a personal creative outlet. That’s also why she launched the successful G.E.M sublabel in 2017, which will reboot in time for AW22.

Shiel’s vision for Lazy Oaf remains rooted in a sense of community, dedication to creative youth, and social responsibility. Before sustainability became a buzzword for the mainstream, Oaf was subversive in its resistance to the cycle of fast fashion. Designs and product development from the brand take around a year, with an output of around 400 bespoke styles annually. It keeps strong relationships with vetted factories and produces limited quantities of each garment, with sustained bi-weekly drops.

With more focus in the Direct2Oaf era, Shiel hopes to expand its plus-size range. Since June 2021, 50 per cent of styles go to size 24 or 3XL, and it intends to expand that to all styles in the coming years.

The brand’s recent Birthday Collection campaign features an open cast roster of Gen Z and young Millennial talent. A pool of artists, students, and creatives from Lazy Oaf’s real community – from Vietnam to Dagenham – lead the joyful campaign shots. The 20-piece collection is classic yet future-facing, incorporating prints and designs from the last two decades that have proved fan favourites directly from the vault or refreshed styles. The iconic cloud print, for example, gets a birthday rebrand with playful metallic threads through the clouds of the collection’s Silver Linings Brocade dress.

Ultimately, the collection and campaign is in homage to its supporters. “It’s probably one of the few brands out there that feels like it resonates with each person,” says 21-year-old Mary, who features in the campaign. “It’s not too good for you, it doesn’t take itself too seriously or anything like that. I remember being really young when we first moved to London, it was like the first place I wanted to go to.”

“I think when I first got to know the brand, I was at that age where you’re wanting to be different but don’t know how. Lazy Oaf was that for me – a way for me to be different and stand out from the crowd,” adds 26-year-old Luena. Lazy Oaf remains true to its DIY spirit, sustainable focus, culture-defining designs, and fervent fanbase. Here’s to 20 more years!