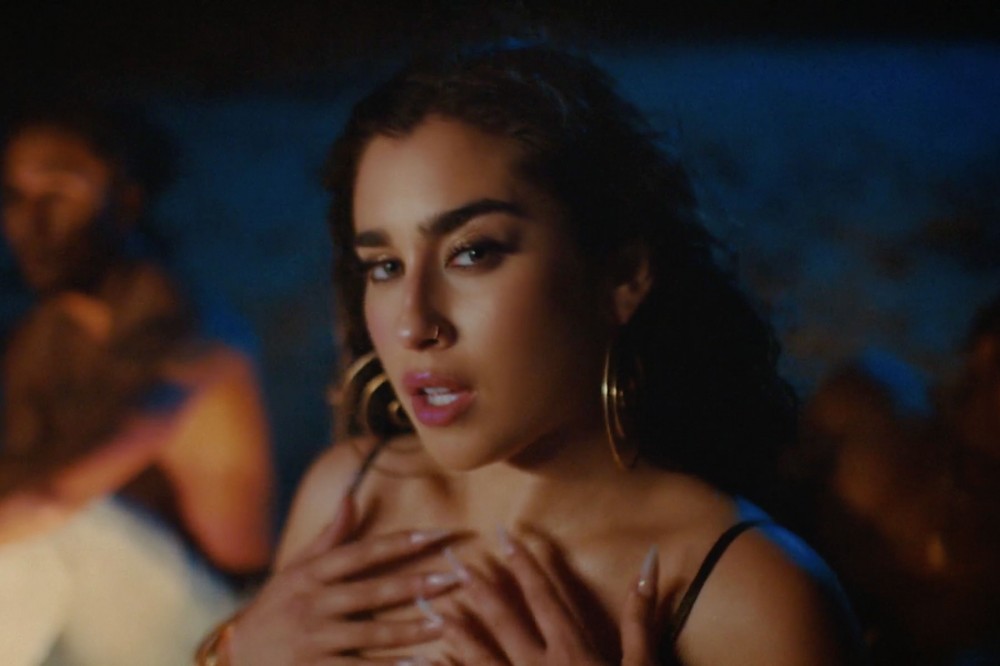 On “Lento,” which translates to “Slowly,” the 23-year-old encourages just that in the face of a negative lover. “I don’t need to be bothered/By your negativity/Don’t even bother,” she sings on the second verse. The song is an alluring, mid-tempo dance moment from Jauregui that shows off her smoky vocals. In the video, which was shot in Florida, the singer struts down a beach and is mostly lit by the moon and a bonfire a group of people are grinding around.

“I had planned to give you this first taste of what’s coming for some time,” Jauregui said in a statement. “There was truly no way any of us could have prepared for what is happening right now, so I hope you receive ‘Lento’ with as much grace and love as is intended. I hope dancing to it helps your spirit feel joy, as you spend time with your loved ones and continue to cultivate love in the face of fear and uncertainty.”

Though she is calling “Lento” her first official solo single, Jauregui technically launched her solo career in 2018 with “Expectations.” She followed up with 2019’s “More Than That.” Earlier this year, she contributed “Invisible Chains” to the Birds of Prey soundtrack.