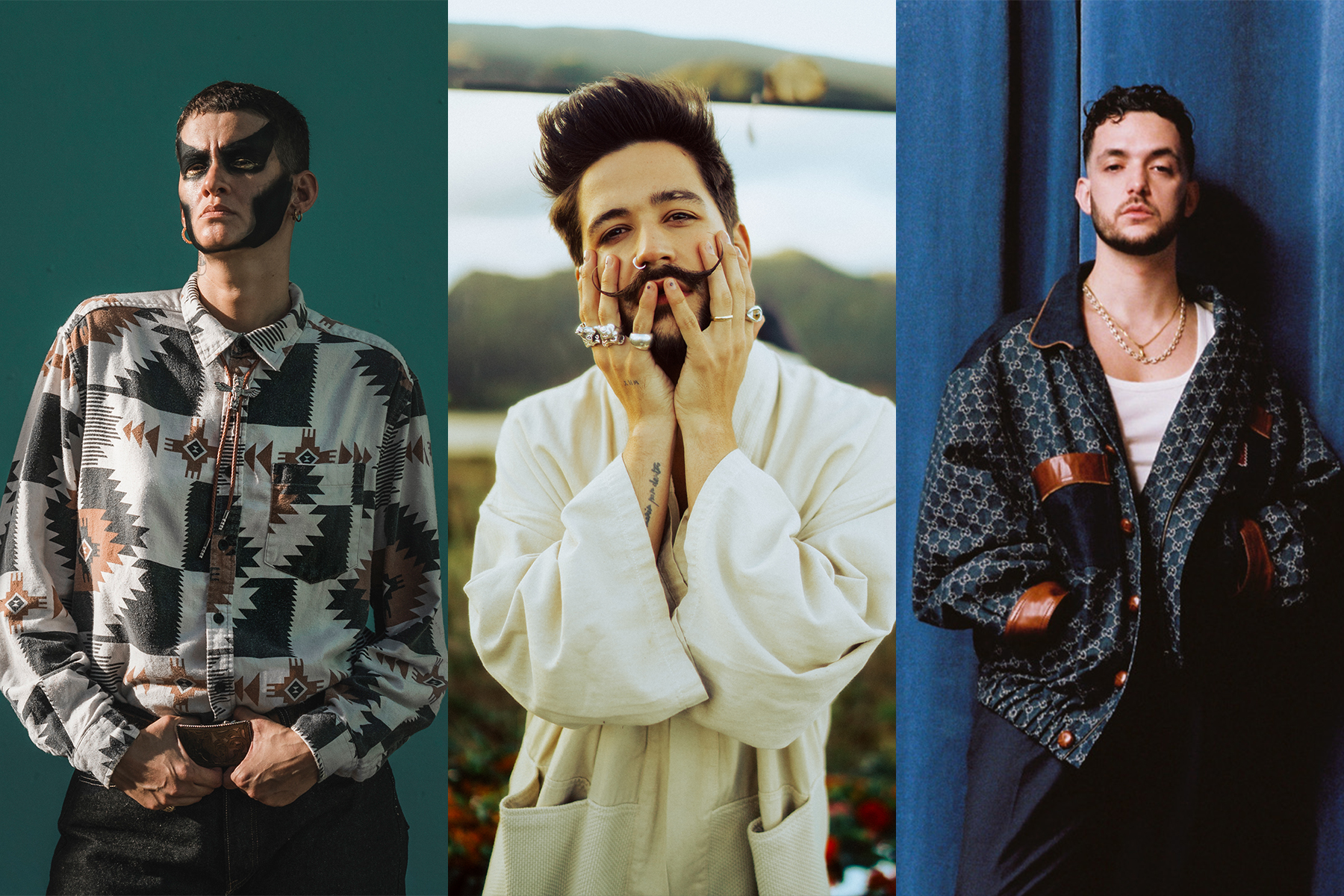 The Latin Recording Academy announced its nominations for the 22nd Annual Latin Grammys on September 28th — and almost immediately, the drama began. Camilo fans celebrated, regional Mexican fans were disappointed, and reggaeton artists got into public social media spats. Here are five of key takeaways from this year’s nominations.

We Get It, You Love Camilo

The Academy has declared the Colombian singer-songwriter Camilo its mustachioed golden child, bestowing him with 10 nominations this year. The fixation is a bit excessive, but it makes sense when the Academy is trying to balance its taste for traditional pop with criticism that it hasn’t embraced young artists enough. Camilo’s music is solid middle ground: With his distinct, helium-high croon, the 27-year-old pulls from a range of contemporary genres to craft songs steeped in the romantic sentimentality of throwback eras — full of mass appeal, yet still pretty innocuous.

Is the Latin Recording Academy Open to Change?

Plus, Camilo’s ubiquity in the industry helps. The former teen star and winner of an X Factor-style reality series in Colombia became a songwriter and producer for stars like Becky G and Maluma and then married into the Montaner family, with which he’s often worked. He’s nominated not only for songs from his album Mis Manos, but also collaborations he helped write — including “Dios Asi Lo Quiso,” performed by Juan Luis Guerra and Camilo’s father-in-law Ricardo Montaner, and “Amen,” a song that features Camilo’s father-in-law; Camilo’s wife, Evaluna Montaner; and her brothers, Mau Y Ricky. Camilo’s go-to producer Edgar Barrera got nine nominations, a further sign that the Academy is all in when it comes to this sound, to the chagrin of listeners hoping to see voters single out something a little more radical.

When the Spanish artist C. Tangana told his label that he wanted to abandon an album he’d been working on to pursue an experimental labor of love that he eventually titled El Madrileño, he was met with reluctance: “At the beginning, they pulled their hair and thought: ‘This is not happening, all that we’ve invested in the other album,’” he told Nuevo Culture earlier this year. However, they came around once they heard how he blended contemporary sounds with folksy traditions while collaborating with veterans such as Andrés Calamaro, Eliades Ochoa, and José Feliciano.

The Academy was into it, too: C. Tangana has five nominations and stands to be one of this year’s big winners. However, the recognition brought back a longtime question that also surfaced when Rosalia won several awards back in 2019: Does music by Spanish and other European artists belong at the Latin Grammys? The Latin Recording Academy CEO Manuel Abud says it does. “I don’t see why we should exclude any country,” he told Nuevo Culture just before this year’s nominations.

Eleven women are nominated across the big four categories this year, including Colombian singer Paula Arenas, who is up for Song of the Year, Record of the Year, and Album of the Year. In the Best New Artist category, six women make up the 11 nominees. These numbers are a sign of mixed progress as the Academy grapples with an overall lack of representation of women. Arenas, Mon Laferte, and Nathy Peluso are the women with the most nominations — but they still only received four each, compared to Camilo’s 10 and Barrera’s nine. And the Producer of the Year category has been exclusively male since 2018, when Linda Briceño became the first woman to win.

Other categories did turn up some exciting honors, particularly for women who have been in music for decades. The prolific Brazilian singer Nana Caymmi was nominated again for her album Nana, Tom, Vinícius, an homage to Tom Jobim and Vinícius de Moraes. Alexandra, the Dominican bachata veteran from the former duo Monchy & Alexandra, is up for Best Merengue/Bachata Album for her release Bachata Queen. And Petrona Martinez, an 82-year-old guardian of bullerengue music, won a nod for Best Folk Album for Ancestras, an album that features 14 collaborations that celebrate the African roots of music.

The nominees for Best New Artist represent a variety of countries, including Venezuela, Colombia, Argentina, Panama, and more. But one name turned heads: The Academy voted the prolific Dominican author and musician Rita Indiana as one of the year’s rising stars, though she’s been making music for about 13 years. While Rita’s first album, El Juidero, was a transformative project released in 2010, her apocalyptic follow-up Mandinga Times is what drew attention as a brash whirlwind of dembow, heavy metal, and reggaeton, featuring the popular producer Eduardo Cabra, who has the second-most Latin Grammys in history. That Rita was noticed after working with Cabra highlights how behind and insular the voters can be, often failing to notice talent unless it’s attached to familiar names. Rita herself took the whole thing in stride: “The only thing I’m new at is getting nominated for something like this,” she tells Nuevo Culture. 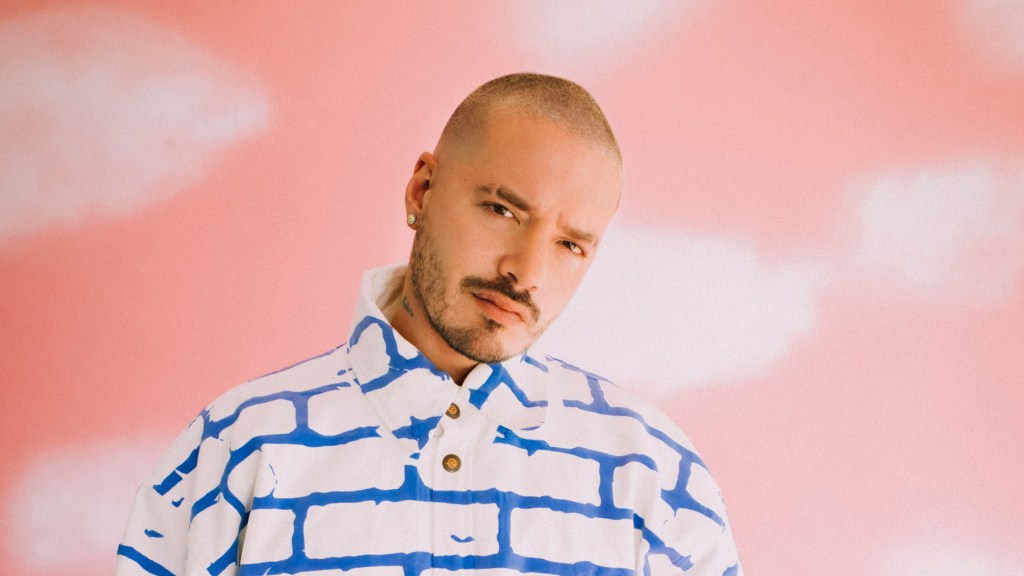 Regional Gets Shut Out — and Reggaeton Sparks a Big Debate

The Academy’s treatment of reggaeton artists has been a subject of conversation for years. Some artists continued to call out the institution’s perceived snubs this year, and J Balvin (who actually was nominated) suggested reggaeton acts boycott: “Those who have power in the genre NONE SHOULD GO!” he tweeted in Spanish hours after the nominations were announced. Balvin has gotten support when he’s raised the issue in the past, but his tweet backfired this time. In an Instagram video, Residente, who has the most Latin Grammys in history, slammed the idea of a boycott and made fun of Balvin, likening him to a hot dog vendor upset that he hadn’t won a Michelin star. The rapper Yotuel made a video and noted that “Patria Y Vida” — a collaboration of his that became the rallying cry of Cubans during protests this summer — is up for Song of the Year. (It’s also up for Best Urban Song.)

Whether reggaeton is represented enough this year is still a debate. Residente pointed out that several reggaeton acts are nominated: Bad Bunny’s El Último Tour Del Mundo vies for Album of The Year, and Rauw Alejandro’s “Todo De Ti” is up for Record of the Year and Song of the Year, though its pop-fusion sound makes the Academy’s preferences clear. But there are other glaring omissions. Black reggaeton artists, who are underrepresented across the whole industry despite starting the genre, still have few nominations, something that has happened repeatedly through the award ceremony’s history. (In his message to Balvin, Residente mentioned that Tego Calderón has been considered for Latin Grammys before, but Calderón has been nominated seven times and won only once; a pioneer like Ivy Queen has been nominated only three times and has never won.) Another major oversight is Tainy: Though he’s architected some of the biggest hits of the year and arguably the current sound of reggaeton, he’s noticeably absent from the Producer of the Year category for another year in a row.

And one of the biggest snubs of all is regional Mexican music. In a year in which bands like Grupo Firme and Los Dos Carnales saw massive global growth, they didn’t make it into major categories. Their albums are nominated under banda and norteño categories; it’s worth noting, though, that Los Dos Carnales only got attention under Best Regional Song for “Tuyo Y Mio,” a song whose lead artist is, of course, Camilo.