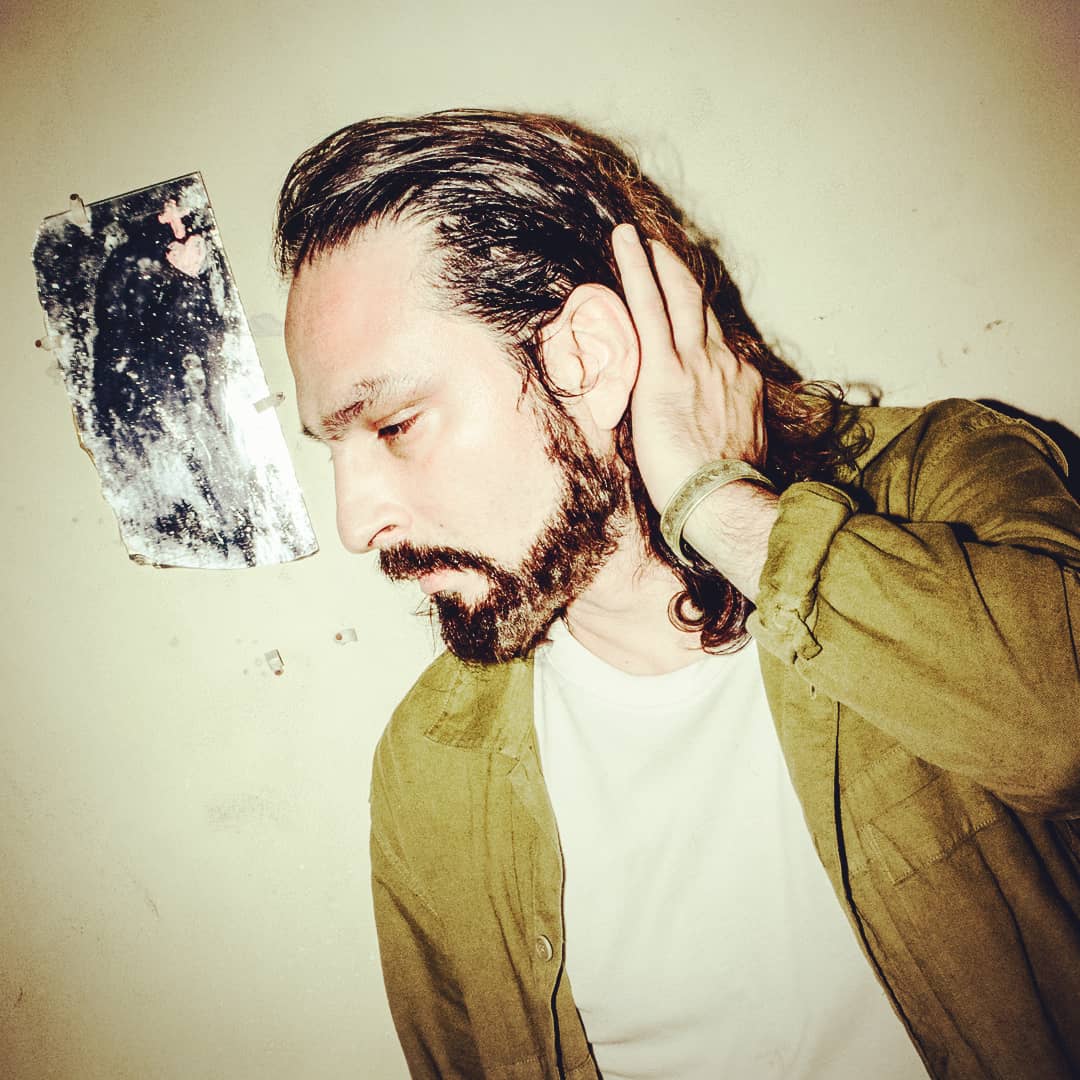 Beirut-based multi-instrumentalist, composer, arranger, and producer Gilles Jan Petersen, better known under his stage name Laszlo Jones, just released his latest single and music video, “In The Morning,” a track off his upcoming collection of work, the EP Beyond The Door. We had the chance to talk to him about his new single, inspiration, and upcoming EP.

Hi Nuevo Culture 🙂 Thanks for having me !!

How are you? How have you been handling the past year and all the challenges it brought? Was it easy recording your new song, “In The Morning” and its music video?

The past year was pretty busy, when the lockdown came i thought it would be a great opportunity to start a new record, since i was stuck home anyway, and i called up my co-producer Michael Buyens in france, going “hey what u doing the next few months” and he said “ugh” and i said “bingo” and we started working on my new EP.

Recording was pretty easy because I have a recording studio at home for my vocals and some guitars, Michael did Bass, and we worked with a few awesome session players such as Michael Arrom on Piano in New York, and Ralph Salmins on drums in London.

So it was recorded a little bit all around the world (Paris, Beirut, New York, London and Vegas) which is kinda fitting for a period with a world pandemic, and in a funny enough way quite representative of the way things can work in these strange times 🙂

For the mixing I really wanted to work with Kane Churko from Vegas cause had heard loads of his mixes and loved his sound.  So I contacted him through facebook, and oddly enough he got my message, listened to my songs and said yes !!

For the music video, I worked with a Lebanese director called Nadim Tabet which I knew from before and we decided to do something simple and impactful. It was shot in Beirut in a strange apartment, we had a lot of fun 🙂

Please tell us more on how you became a singer, songwriter and producer? Did your childhood have any impact on you becoming an artist?

My childhood was a bit weird in the sense that my parents kept on moving from country to country every couple of years, making me live in Beirut, Paris, Singapore, Bahrain, Milan, Bangkok.

I started singing in Bangkok when a friend who played guitar in the local high school band asked me if I wanted to do a tryout, cause the previous singer had left the country. Next thing you know I was doing gigs at school and I started from there. Later when i moved to Beirut, i met a few cool guys who were starting a rock band and were looking for a singer, and they were cool so I joined in although it was more of a metal band then a rock band to be honest, we were doing covers of Guns and Roses, Skid Row, Faith No More, Metallica etc ..

And then at some point I realised I wanted to try writing songs, I wrote a first, a second, and I loved the process so I never stopped 🙂

What is the main message you would like to convey through “In The Morning”?

In the morning is essentially a song about war and violence.

There’s actually a story about what inspired this song. It’s a long one but i’m gonna keep it short 🙂

When i was around 8-9 years old we were visiting lebanon with my parents, and were at a small hotel high up in the mountains spending a week’s holiday, and a conflict exploded in that same area. So the whole hotel spent the whole week in the cellar while all hell’s breaking loose around us. We heard the mortar shells falling every 5 minutes and when they fell a little too close to the hotel the walls shook tremendously.

But early in the morning there were no shells. So every morning at sunrise my dad took me out for a walk on the mountainside, short and close to the hotel. I remember thinking how strange it was that mornings are so peaceful when the night was so violent and full of horrors… which kind of unconsciously led to this song.

Which project are you the proudest of in your music career and why?

The current one, my upcoming EP named “Beyond the Door” because I went all the way in each of the songs, making no compromises, thinking only of the music. It’s kind of the advantage to be an indie artist, you don’t get any pressure to make your music in a specific format or to use a specific sound… I was completely free and I enjoyed it to the fullest :D. It also has a production that I find awesome, with Michael Buyens on production and Kane Churko on mix. The videos are also gonna be the best I’ve done so far, I had the chance to work with 4 very talented directors.

I’m so happy and thankful, really :))

Which are your favorite genres and artists to listen to?

I’m actually quite eclectic in my musical tastes 🙂

I’m a big fan of Queen and Elton John, in the old classic pop genre as well as I love Stevie Wonder, George Benson, Diana Ross.

In Rock and Metal I’m an absolute fan of Led Zeppelin, Deep Purple, Black Sabbath, Alice Cooper, Guns and Roses, Megadeth and Pantera. Of the more recent bands I love Foo Fighters, and In this Moment. In the more progressive genre I love Dream Theater and Pain of salvation.

I’m also a huge fan of guitar players such as Marty friedman, Jason becker and Paul Gilbert in the rock/metal genre, Greg Howe and Al Di Meola and Scott Henderson in the fusion genre

Then of course Eminem and Jay Z in hip hop.

In alternative pop : Imagine Dragons, Panic in the Disco, Awolnation

And : Skrillex who really invented something 🙂

Are you currently working on new projects?

Well, I’ve got my upcoming EP that’s keeping me busy. I’ve got 3 more singles and 3 music videos to release in 2021. And hopefully i’m gonna be able to start touring soon, when all this corona madness is over.

It was great thank you !!