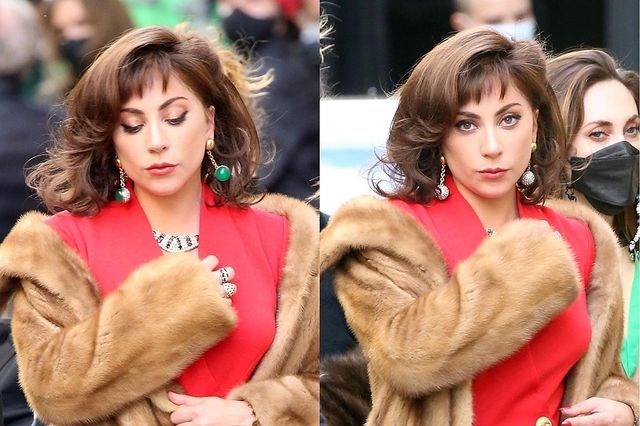 There can be 100 people in a room and if just one of them is Lady Gaga, you best believe she’s going to let you know that she’s Italian. Signora Gaga can barely make it through an interview without finding some way to remind viewers that she is just a regular shmegular “Italian girl from New York”. So Italian in fact, that she featured in The Sopranos as a teenager. So Italian, that she only reads Italian Vogue. And so Italian that she’s even got a famous meatball recipe, which she used to lure Bradley Cooper into giving her the part in A Star is Born.

She’s definitely the kind of person to greet you with a double kiss and a ciao because y’know, she’s just Italian like that. At this point, the New Yorker’s third-generation patriotism has become its own meme and it’s not like the joke is lost on her either. In fact, it’s Gaga who gets the last laugh as she’s currently swanning about in northern Italy, filming Ridley Scott’s upcoming blockbuster, House of Gucci, in which she plays the murderous socialite Patrizia Gucci.

In between telling every runner, technician, and crew member that, she too is Italian (probably), Gaga has been papped in so many different outfits, that surely we’ve seen the film’s entire costuming by now? And while it’s difficult to ascertain the movie’s tone from these candid shots – flitting between ‘when’sa your Dolmio day’ levels of twee to full-on Fellini dramatism – it’s sure to be a stonker. Below, we take a look at some of Gaga’s (or Patrizia’s) best looks so far: