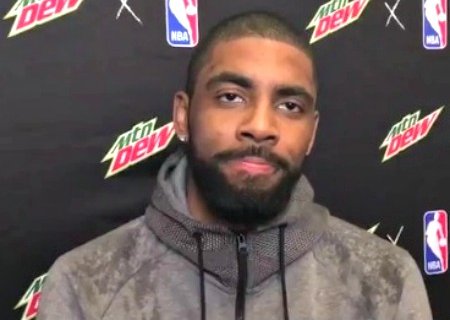 This past offseason the Brooklyn Nets continued to best their crosstown rivals New York Knicks when they swooped in and snagged free agent targets and Kevin Durant, but it’s already looking like the Knicks avoided a disaster by losing out on the All-Star point guard with a knack for alienating his teammates.

According to The New York Times Kyrie Irving’s injury history has come back to haunt him and will cause him to miss the rest of the season. Brooklyn Nets general manager Sean Marks told reporters that the right shoulder that’s kept Kyrie out for most of this season will now require surgery for correction as the cortisone shots aren’t the move anymore.

Marks said the decision had been made after Irving spent the “last few days visiting with a specialist.” Irving is expected to return in time for the beginning of next season, but a more specific timetable will not be determined until after the operation.

“He’s obviously upset about this,” Marks said. “We’re here to support him, support the process, moving forward with him.”

Though Irving’s only played in 20 games this season he was averaging 27.4 points per game to go with 6.4 assists. Still in the 20 games that Kyrie suited up for the team, the Nets are a mere 8-12. On the other hand the team boasts a respectful 17-16 record in the 33 games that Kyrie missed. So if Nets fans thought they’d be tanking for a high draft pick to place alongside a healthy Kyrie and KD come next season, think again. The Nets are currently in the 7th seed of the Eastern Conference playoff picture and now without Kyrie they can actually rise in the standings.

Still, Kyrie tends to play better with another superstar alongside him (Just look at the damage the Cavs did with him and LeBron), so things should be better for Brooklyn next year with a healthy Kyrie and fully recovered Kevin Durant on the court at the same time. So before fans start petitioning for the team to trade Kyrie before his stock continues to plummet, they might as well give the superstar duo an entire season together to see what they can pull off.

Unfortunately in the nine seasons that he’s been in the league, Kyrie’s only played more than 70 games in only three of them with injuries ranging from his shoulder to his knees. So at this point it’s anyone’s guess how many games Irving will be playing in the next two or three years.