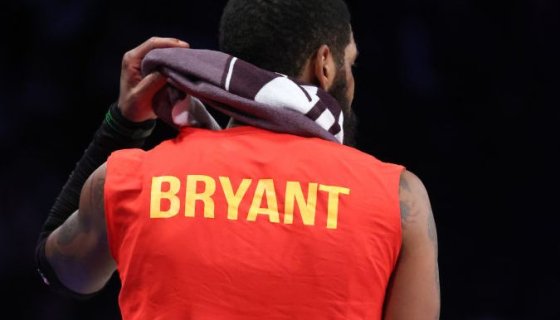 revealed that he considered Brooklyn Nets’ crafty point guard one of the players he is closest to in the league, so it made sense why Irving found it difficult to play following the news of his passing. Yesterday, he broke his silence on the unexpected loss of his mentor.

Irving returned back to NBA action on Wednesday (Jan. 29), leading his Brooklyn Nets to a 125 -115 victory over the Detroit Pistons. It was an emotional night for Irving who took the night off on the day Bryant, 41, his daughter Gianna, 13, and 7 other passengers died in a helicopter crash.

During the post-game interview immediately following the game, Irving broke his silence while letting the tears flow talking about the man he considered as someone he could always rely on for some sound advice.

In another interview with the press, Irving spoke his close relationship with the Black Mamba.

“When the student is ready, the teacher will appear,”

“I had that mentorship relationship with him, where I was able to ask him almost anything. You know no matter how nervous I was or how fearful I was, he was just easy to approach with those type of questions about what goes on in the day-in and day-out basis of chasing something that’s bigger than yourself and when you’re trying to leave a legacy or something of a mark on a game.”

He further added, “I’m glad that he’s getting his just due in his legacy now more than ever.” Irving’s comments followed and Bryant’s wife who understandably both needed some time before speaking.

#MambaMentalityForever, you can watch Kyre reflect on Kobe in the videos above and below.