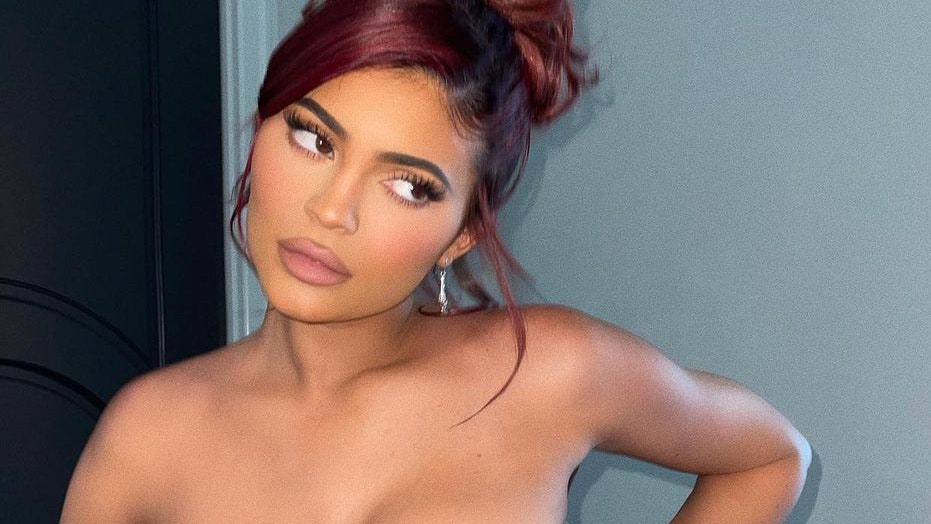 For Kylie Jenner, holiday style tends to look different than your average lineup of spangly party dresses and kitsch novelty sweaters. Over the past few weeks, the reality star and beauty mogul has been taking winter-ready looks and lending them her own, high fashion twist: from a mega-oversized white down jacket that bore an uncanny resemblance to a duvet, to a leopard print bodysuit and puffa by British designer Richard Quinn for Moncler. (Think snow wildcat, rather than snow bunny.)

And yesterday, Jenner pivoted from her bundled-up outdoorsy looks to something a little more holiday party ready, taking to the ’gram to pay tribute to one of her favorite moments in style history: the minimalist glamour of the early 2000s. She chose a grey sleeveless dress by one of her favorite designers, Charlotte Knowles, featuring a corseted waist and a daring thigh-high slit, and completed the look with a pair of towering Tom Ford heels that were perfect for any festive, tinsel-strewn dancefloor. The finishing touch? A pair of Dior’s tinted, wraparound glasses, first introduced by John Galliano at the turn of the millennium.

The dramatically oversized shape was once the height of fashion and favored by Hollywood starlets from Jennifer Lopez to Paris Hilton. For the past decade or so, however, it has sat on the sidelines—overtaken by vintage-inspired styles, and, more recently, the tiny sunglasses trend. Whether it marks the beginning of a return for these controversial vintage shades remains to be seen. But for now, it’s more proof that Jenner can pull off any aughts-inspired look—this holiday season, and beyond.