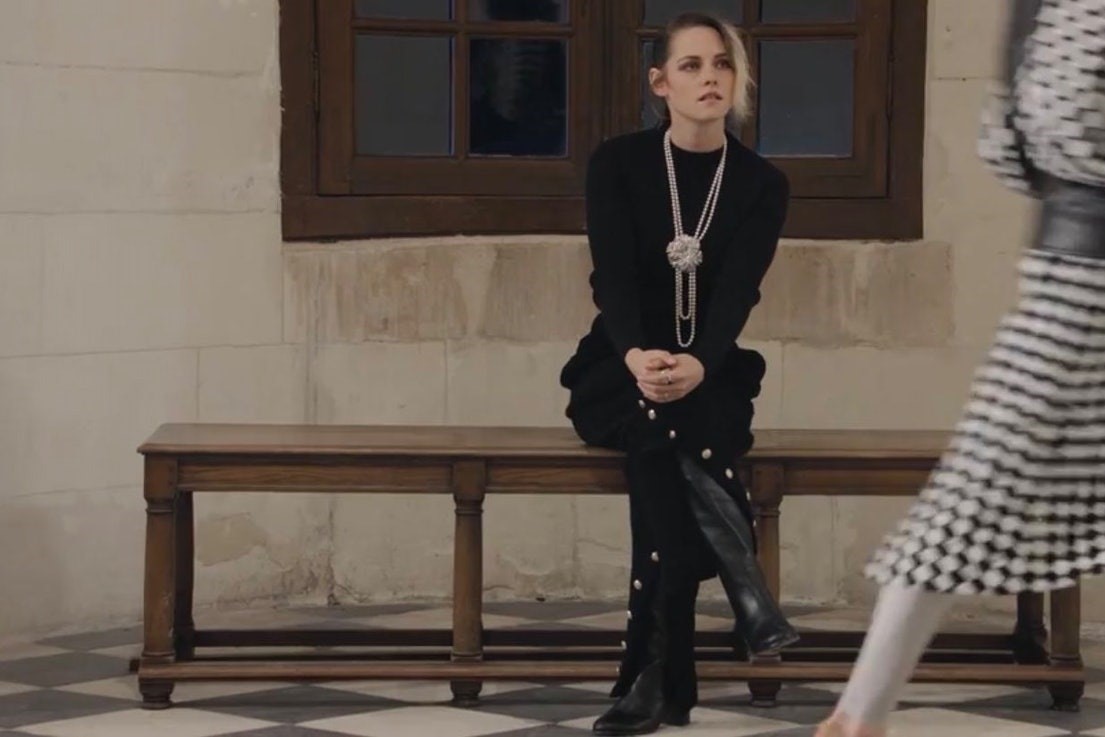 …and all the other fashion news you missed this week, including the 2020 British Fashion Award winners, Matthew Williams’ debut Givenchy drop, and a wintery pop-up from Prada

Last night, Virginie Viard hosted her second Métiers d’Art collection at Chanel after the passing of Karl Lagerfeld. This time around – due to strict social distancing measures – the show streamed virtually, with only one VVVIP audience member allowed to take in the collection IRL.

Sitting all by herself in the front row was none other than long-time Chanel ambassador Kristen Stewart. Previously, the brand planned to invite 200 guests to socially distance along the runway, but eventually the guest list was narrowed down to one lucky K-Stew – and really, who else would be a better fit.

Taking place at the Château de Chenonceau in France, or, as it is also known, the Château des Dames (castle of ladies), the show took inspiration from the powerful women throughout history who lived at the castle – including 16th century French royalty Catherine de’ Medici and Diane de Poitiers. A reference to the French label falling into the hands of a woman, perhaps?

In line with the dramatic surroundings, models were dressed in Renaissance-inspired looks – including floor-length skirts, sheer ruffled blouses, lacy gloves, and 15th century-style headdresses – with the rest of the collection rounded off with signature Chanel mini-skirts, tweed short suits, and bell-sleeved jackets. Oh, and leggings under dresses are also apparently a thing for 2021, too – we’ll leave the verdict on that one up to you.

Elsewhere, fashion is showing no signs of slowing down in the lead up to the holidays, with a very different British Fashion Awards taking place last night, Matthew Williams dropping his first Givenchy collection, and Prada and Fendi setting up shop in Selfridges. Run through everything else you missed in the gallery below.