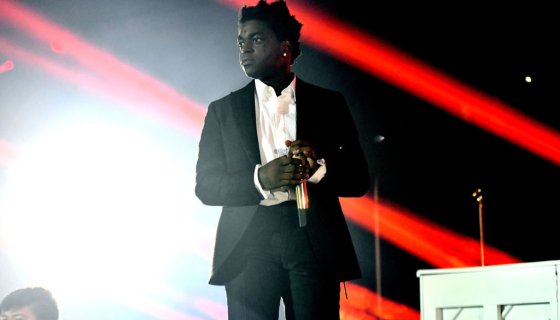 pleaded guilty to a gun charge in upstate New York and now faces two to seven years in jail in addition to his federal gun possession sentence. It was reported that Florida rapper took the guilty plea for attempted second-degree criminal possession of a weapon in a Niagara County court.

Local news outlet WKBW Buffalo shared in their reporting that Kodak, real name Bill K. Kapri, that he has already been hit with a 46-month sentence due to the aforementioned federal charge. As it stands, Kodak will service the time from the Niagara County charge concurrently with the federal sentence.

While Kodak awaits a March 24 hearing for sentencing in Niagara County, he is being held by federal authorities. The charges stem from Kodak and his entourage leaving Canada and entering the United States back in April of last year. The group was held up at the border after a search turned up four handguns and some marijuana.

If no new time is tacked on to Kodak Black’s standing charges, he’ll be released around August 2022. If not, he’ll have to serve time in Niagara County if he gets more than five years.

Kodak made the news again after he while allegedly under the influence of drugs or some other unknown substance. The fallout from the incident has yet to be fully determined but could have an impact on his attempt to appeal.

Adding to his mounting legal troubles, the rapper still has a pending charge for rape in the state of South Carolina.