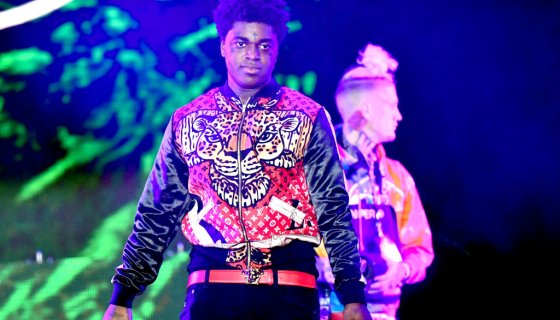 Kodak Black is currently sitting behind prison bars, but he sure does have a lot to say. The habitually arrested rapper is BIG MAD because is getting credit for the “Drive The Boat” phrase.

Yesterday (Mar.17), Kodak Black shared a clip from a recent taping of ABC’s Stahan, Sarah and Keke show that featured a tri segment with Megan Thee Stallion, who currently on a promo tour for her EP, Suga. During the game, the “Hot Girl Summer” crafter was given credit for coining the catchphrase.

Keke Palmer asked her GMA Co-Hosts, “Which hip-hop star created the catchphrase ‘Drive the Boat,’ and what does it mean?”

Michael Strahan answered, “I think Megan did it.” Palmer replied, “OK, but you need to finish the answer. What does it mean?”

Strahan followed up, “‘ Drive the Boat’—I can’t say it because it’s not able to be consumed on daytime television.”

“You got it right. Ding ding ding… Michael, you’re right. It’s about consumption and [Megan’s] the originator of it,” Palmer confirmed.

To her credit, Megan never said she created the phrase during the segment, but the “Tunnel Vision” rapper didn’t care.

Now, as to who really coined the term, well, many do believe Kodak gave “drive the boat” life when he said during an Instagram Live stream while he was on a boat.

#PressPlay: This is the video where #KodakBlack used his catch phrase #LemmeDriveTheBoat. He said 🗣y’all need to put some respeK on his name 👀 (SWIPE) #MeganTheeStallion