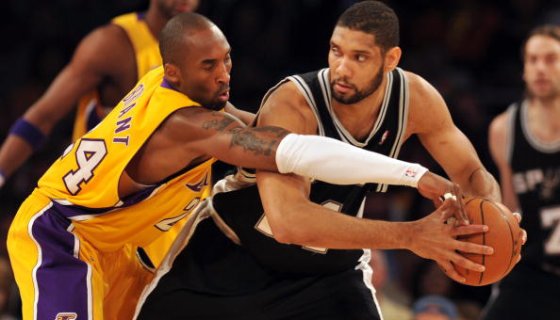 Many basketball fans are still processing the tragic loss of , and the void will be especially felt during the 2020 Naismith Memorial Basketball Hall of Fame induction ceremony. The will join Tim Duncan, Kevin Garnett and others in this year’s class according to developing reports.

Via Twitter, Shams Charania of The Atheltic broke the news that Bryant will be part of the 2020 class ahead of a formal announcement from Naismith officials. Bryant last played in April 2016, spending his entire career with the Lakers organization.

The Hall has a three-year waiting period after a player leaves the game in order to be considered for induction. Bryant played 20 seasons for the Lake Show, bringing in five championships, a regular-season MVP award, and two NBA Finals MVP trophies. He made the NBA All-Star team 18 times in his career and left the game with averages of 25 points, 5 rebounds, and nearly five assists per game.

Duncan spent all 19 seasons of his career with the San Antonio Spurs, helping the team win five championships and winning two NBA Finals MVP trophies as well. The Big Fundamental was not an endorsement superstar like his other big-name compatriots but he has long been regarded as one of the best NBA big men to ever play the game. Duncan averaged a double-double for his career with 19 points and nearly 11 rebounds.

Garnett, like Bryant, joined the league right out of high school and played for 22 seasons at a remarkably high clip. KG made the All-Star squad 15 times in his career and won a championship with the Boston Celtics in 2008.

As this story develops, we’ll return with more details.