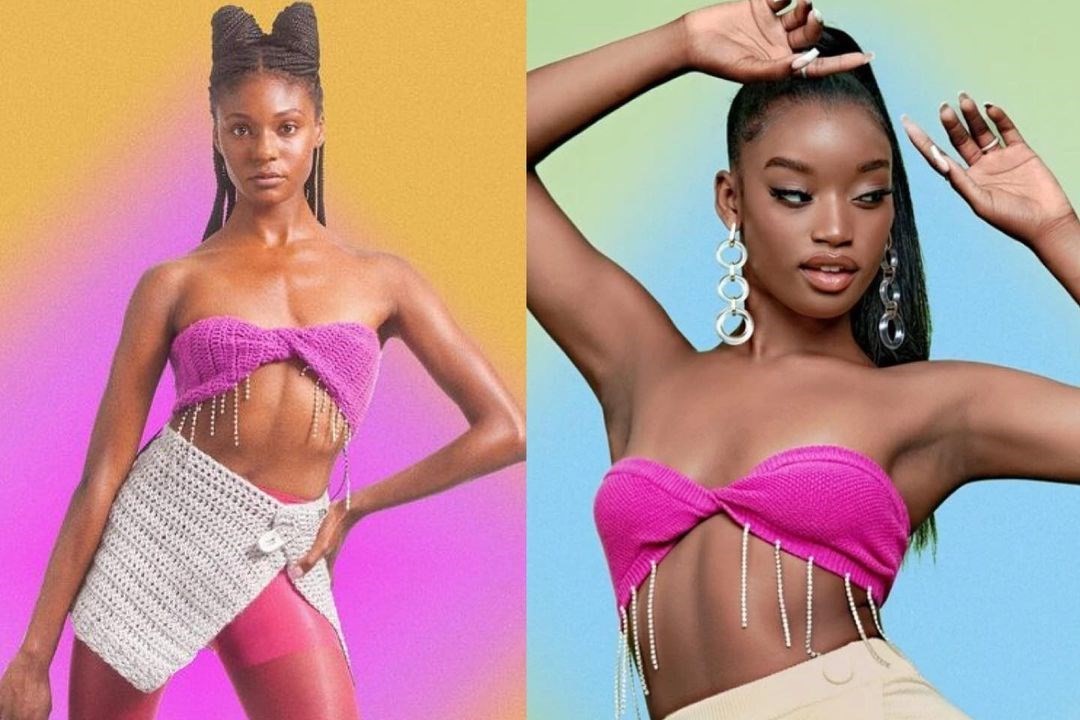 The fast fashion retailer is accused of ripping off dozens of designs by the independent luxury label, amid plagiarism disputes with other small brands

Earlier this week (August 5), independent designer Bailey Prado called out the fast fashion giant Shein for stealing not just one or two, but 20 of her designs. “The way Shein copied my whole life…,” she writes in an Instagram post, beside a reel of side-by-side shots that show the company’s near-identical knock-offs.

The number of stolen designs has since been bumped up to 45. Additional images show the Chinese e-commerce company’s lacklustre takes on her hand-crocheted bandeau tops, shorts, dresses, and skirts. Most of the pieces — which sell on Bailey Prado’s website for $95, to more than $300 — were listed on Shein for $20 or less.

“I actually found out because one of my followers sent me a screenshot of a design that she recognized was mine,” Prado explains. “She sent me a link to their newest products, and as I was scrolling through I started to realise this was a whole collection directly copying my pieces.”

“I was expecting to find only one of my designs copied. When I saw the whole collection and started recognising each piece, knowing where they came from, I was shocked and didn’t feel like it was real. I was simply in shock.”

Based in California, Prado launched her namesake label in 2019, after learning to crochet while studying abroad in London. Many of the Shein copies are lifted from her debut collection. “There were many trials and errors when I was learning how to make silhouettes or how to have the pieces fit different body types,” she says, adding that it’s difficult to quantify how much time and work went into the designs. “It can’t really be described in a matter of hours but really a whole year of practicing, making mistakes and learning.”

“So many of my designs came from mistakes that I ended up loving,” she adds. “Which made seeing them copied even more difficult because they took away the personal connection to the designs.”

Shein was also accused (alongside the fast fashion brand WeWoreWhat) of copying another small designer, Mariama Diallo, earlier this year. “How can I even keep up?” Diallo asks in a TikTok posted June 6. Similarly, the designer behind the crochet fashion brand Elexiay shared their own story about Shein’s copying on Twitter last month, saying: “It’s quite disheartening to see my hard work reduced to a machine-made copy.”

Fashion watchdog Diet Prada, meanwhile, highlighted Shein’s copying of a Maison Cléo blouse in August 2020, noting that the original €220 price point had been marked down to just $8. Presumably, these suspiciously cheap prices are what helped make Shein the most-downloaded shopping app in the US earlier this year.

Pretty soon after Prado called out Shein on social media, her Instagram post was flooded with hundreds of supportive comments, tagging Diet Prada, and pointing out the company’s poor execution of her designs. Shein has since removed some of the listings, though this is arguably closer to an admission of guilt that a real resolution: “They saw the issue but instead of contacting me or taking all the designs down they chose to ignore it,” Prado says.

The designer also notes that she’s received offers of legal advice, but is discouraged by “stories about large companies just burying smaller brands in legal fees and paperwork”.

“Of course I would love to see justice or compensation,” she adds, “but informing people about the consequences of fast fashion and bringing attention to what is happening to small brands is enough for me.”

A lot of other small designers have reshared her posts “stating that this is why they are afraid to post their ideas or designs, and it’s a warning for them”. However, Prado isn’t willing to let Shein’s plagiarism influence her future output: “While I understand the risks and do not want this to happen again, I am not willing to let companies like Shein prevent me from sharing my creativity and what I love.”

“If I continue to have my designs stolen then I hope to have enough support that we as consumers can fight back or change things, not let fast fashion companies make designers feel afraid to show their art,” she explains. “This situation has affected me personally and has caused me a lot of stress, but I am going to channel that into making me a better designer and businesswoman.”

Dazed reached out to Shein for comment, however, at the time of publication we had not received a response.