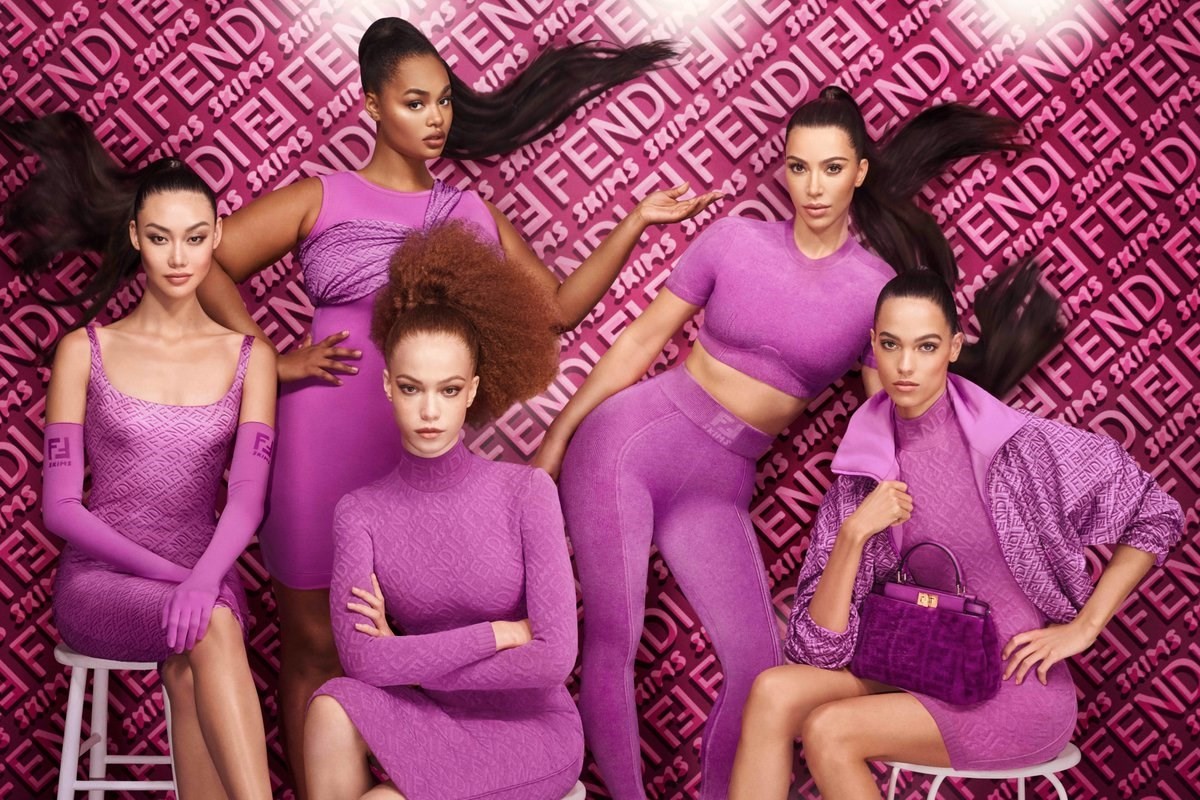 Kim Jones’ collaborative mill just keeps on grinding. Back in September the designer unveiled a blockbuster collaboration with Donatella Versace, which followed months of hearsay – first sparked by an Instagram post that Kim Kardashian uploaded of herself, Donatella, and the Fendi creative director in Rome this summer. At the time, we questioned what Kim K had to do with it, and now, all has been revealed.

Today, the house of Fendi and the Wyoming ranch of Skims come together in a first of its kind collaboration, set to officially launch on November 9. In a sweep of Instagram uploads, Kim² showcased a logo-heavy capsule comprising hosiery, bodysuits, puffer jackets, and bodycons, emblazoned with dual motifs. As the first images from a Steven Meisel-lensed, Precious Lee-fronted lookbook emerge, half of the collection has been put through Fendi’s trademark earthy tones, with the other aligning itself closer to the Kardashian in sugary, hot pink hues.

With the news now confirmed, a Fendi and Skims collab was perhaps the fashion industry’s worst kept secret – that is, after Fendi and Versace – given that the announcement was unofficially leaked by a Manchester-based personal shopper, who uploaded pictures of the stock to her Instagram stories a couple of weeks ago. The screenshots then spread like wildfire over Twitter, though they mysteriously disappeared just as quickly as they emerged. For now there is no pithy portmanteau – Skendi? – and if I try to think of one I will simply perish to exist.

Skims x Fendi goes live on November 9 at 6am PST or 9am EST at fendiskims.com. Stay tuned for more.