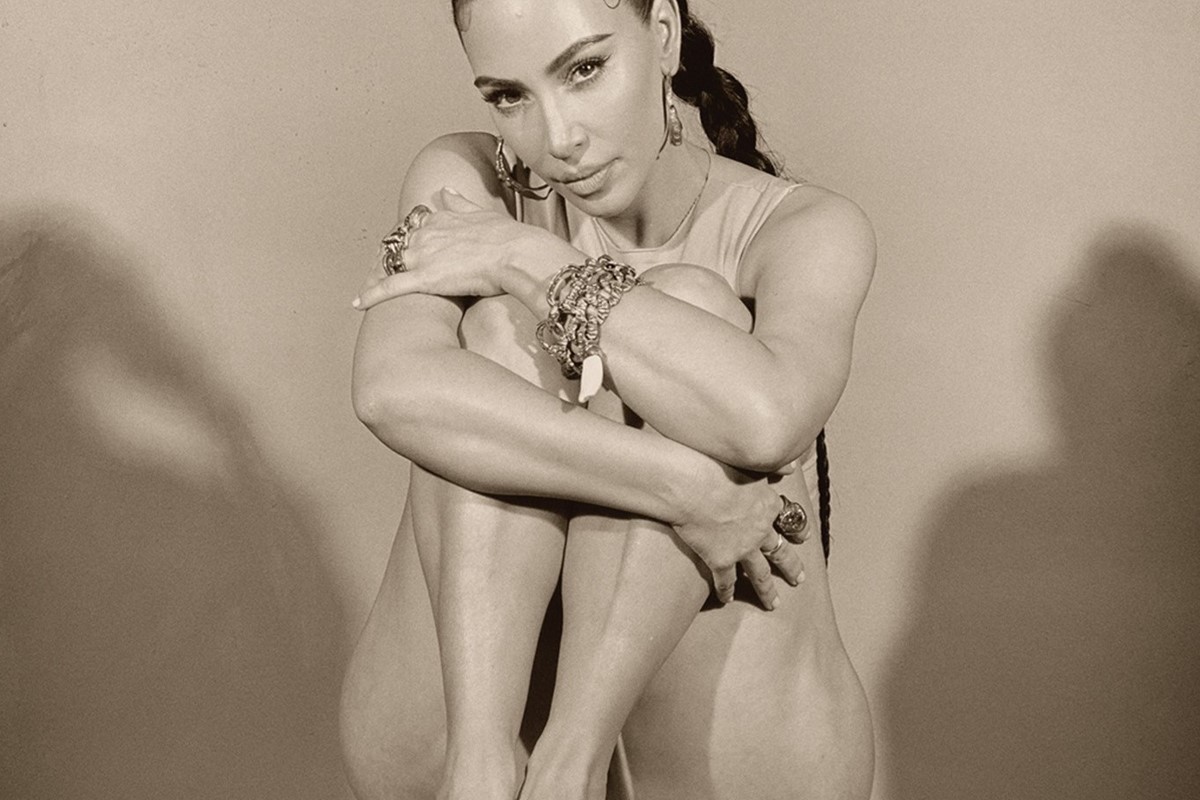 In case you missed it, earlier this week Kim Kardashian West was revealed as the final cover star of AnOther mag’s A/W20 issue, starring alongside the iconic Michele Lamy.

Captured in a series of portraits shot by IG and IRL husbands Kanye West and Rick Owens, the portraits see the unlikely gal-pals switch clothes, with Lamy donning on a bunch of looks from KKW’s SKIMS line, and Kardashian West slipping into pieces from Lamy’s HUNROD label.

Also able to throw on some SKIMS now are residents of the UK, given the label drops exclusively at Selfridges next week (October 5). In celebration, KKW is ‘hosting’ a life-drawing class in collaboration with longtime collaborator, artist and photographer Vanessa Beecroft, who captured the SKIMS creator in a series of portraits that will form the basis of a ‘life-drawing class’.

Those interested in getting involved with their sketchpad and a pencil (or whatever medium they prefer for that matter) are invited to create their own artworks and upload them to Instagram – and while Kardashian West may have been photographed in the role of life model, the challenge celebrates inclusivity, beauty, and positivity, meaning you’re free to interpret the brief exactly how you feel. In fact, here’s a handy guide to drawing your own nudes/underwear pics should you be so inclined.

With KKW selecting her faves in the coming weeks, winners’ artworks will be featured on the Selfridges website alongside specially commissioned pieces by Alika Cooper, Sungi Mlengeya, and more. Head to Selfridges’ IG to get involved.