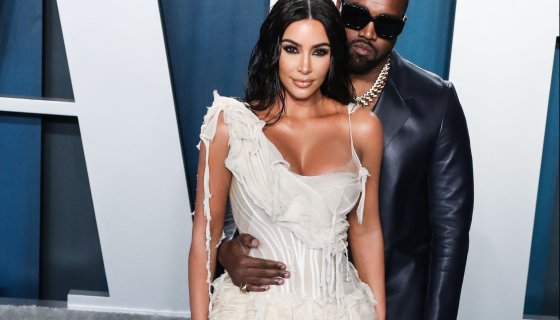 is spiraling. Reportedly, the man who seems to be in the midst of is refusing to see his own wife, Kim Kardashian.

According to TMZ, Yeezy has been curving wifey.

Sources close to the couple tell TMZ … there’s been very little communication between husband and wife since he jetted off for his South Carolina rally last weekend, and zero face time.

We’re told Kim has made attempts to talk to Kanye about his mental state … but he’s not receptive. Our sources say she’s twice suggested flying to their ranch where Ye’s been staying to help him out, but he’s shot her down both times.

This is where we have to point to the jig.

What wife do you know would not jet to her husband’s side if he is in mental duress, even if said significant other is hesitant? Things seem extra fishy considering Dave Chappelle and to kick it with Mr. West.

So exactly who are these “sources”? Asking for a friend. Kris Jong-Un, maybe, allegedly?

Per TMZ, Kardashian spotted the jig shortly before the .

Our sources say Kim was concerned about Kanye’s behavior well before the rally though. We’re told she was worried earlier in the month when he was in the Dominican Republic, so she flew to be with him … and knew then something was seriously off.

We’re told Kim had to leave Kanye to get back to their kids, and after that — without any heads up — he went to SC for his rally, and it’s been all downhill from there.

That would include calling his mother in law Kris Jong-Un, and claiming the film Get Out was about his life, amidst of other struggle observations.

If West doesn’t get lucid fast, we see nothing but L’s if and when those divorce rumors become a reality.