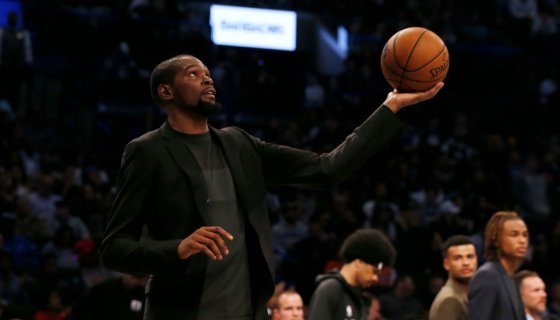 has proven his elite status as a basketball player but over time has shown there is far more to him than just being a stellar athlete. In a new interview, the Prince George’s County, Md. native talks about George Floyd, Black lives and why they matter, plus much more.

In a new piece that appeared in The Undefeated, ESPN’s Marc J. Spears digs in and doesn’t shy away from the killing of Floyd and what role does that play in his ongoing efforts with community development and outreach.

How did you react to seeing the video of George Floyd dying from police brutality?

It made me think about all the previous videos we’ve seen involving police brutality. At that point, you get tired of seeing it or wondering if things are going to change or whether we will see this again in the future. Will people’s hearts change? There are just so many questions going through my mind when you see a black man getting slaughtered on TV and on camera like that.

It’s damaging to see another life being taken away from us. Someone with a family. Someone who was a father. A son. A friend. It was just horrible to see, especially coming from people who are supposed to be protecting us. We’re really supposed to feel like we are safe all around. It’s a weird time we are in now.

What do you think about the response from around the world after Floyd’s death?

The world has had enough. It’s been good to see so many different people’s voices being heard around this time. So many different ethnicities coming together to bring awareness to what we’ve been talking about for a while now. Our generation, the younger got involved. Our parents and their parents were fighting for the same thing. To finally see the world come together and all of these big corporations who never spent time to talk about it, you can tell that when we move as one we’re pretty powerful.

It is a fascinating interview that isn’t solely based on race but also Durant’s foundation work, the recent Showtime documentary that highlighted , and when he’ll return to the court to suit up for the Nets.