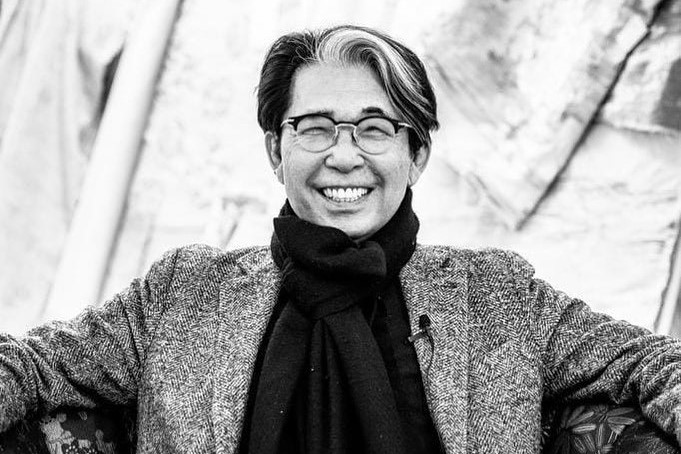 Takada passed away in Paris, from complications related to COVID-19

Kenzo Takada has died aged 81. The Japanese designer and founder of Kenzo passed away at the American Hospital in Neuilly-sur-Seine in France, where he has lived since the 1960s, from complications related to COVID-19.

Born in Himeji, Japan in 1940, Takada was one of the first male students admitted to the Tokyo fashion college he attended, and arrived in Paris by boat in 1964. Takada launched his first collection for women back in 1970 and became the first Japanese designer to achieve prominence on the Paris fashion scene, known for his use of floral motifs and bold splashes of colour.

He also launched a men’s line, which became Kenzo Homme, in 1983, as well as a fragrance launched in the 80s and a more recent homeware brand, through which his death was announced.

“It is with immense sadness that the brand announces the loss of its celebrated artistic director, Kenzo Takada,” the company, K3, says in a statement. “The world-renowned designer passed away on October 4th, 2020 due to Covid-19 related complications.”

“It is with immense sadness that Kenzo has learned of the passing of our founder,” adds his eponymous label. “For half a century, Mr. Takada has been an emblematic personality in the fashion industry – always infusing creativity and color into the world. Today, his optimism, zest for life and generosity continue to be pillars of our Maison. He will be greatly missed and always remembered.”

Takada retired from fashion in 1999, following the sale of Kenzo to the conglomerate LVMH in 1993. Revisit one of Kenzo Takada’s final collections, from the label’s spring 1998 show, here.