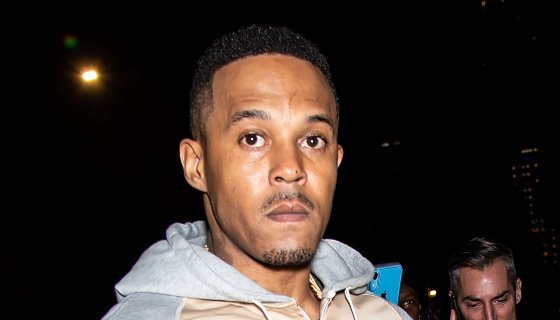 husband, , wants to get online.

According to TMZ, after turning himself in for , Kenneth Petty is petitioning the court to allow him to get online—something that requires a judge’s approval due to relocating from New York to Los Angeles without registering and one of the terms of his pretrial release.

, back in November Petty was pulled over in California for a traffic violation.  It was discovered during the traffic stop that he had failed to register as a offender in California after moving from New York. He was arrested and charged with failing to register as a offender. Petty was then released on bond and was mandated to adhere to a list of stipulations. While out on bond,  he is required to wear an ankle monitor,  adhere to a curfew, he isn’t permitted to leave Southern California or use the internet.

The site reports that while prosecutors have approved the request, it’s still awaiting the judge’s signature.

Petty, now 41, was convicted of first-degree attempted rape in April 1995. He was 15-years-old and the accuser was 16-years-old at the time and Petty was accused of using a sharp object to force the victim to engage in ual acts with him. He served almost four years in prison before being released and serving an additional 7 years in prison after pleading guilty to first-degree manslaughter.

talk show host took to her gossip segment to air Petty out, adding not only that Nicki Minaj shouldn’t have married Petty, but also that his rape conviction is tarnishing her brand.

”You should have never married him, he’s tarnishing your brand.” Wendy said.

But last week, the New York bred host took things one step further by hosting a crime expert on the show to dissect Petty’s charges.

”There’s a bigger picture. What do we do about our kids? my reaction was not so much about Nicki [Minaj], it’s about how do you keep your kids protected?”

During the segment, security expert, Bill Stanton, noted that it’s up to Petty to register every time he moves to a new state and that if it isn’t done—the result will always be a federal arrest.

“It may vary from state to state, but when you’re a convicted offender, you file with the state, you give them your name, address, DNA sample, and fingerprints — all of that good stuff so law enforcement can track you,” Staton said. “Now, if you move, it’s incumbent upon you to notify the new place of residence to law enforcement so they can track you too… Once you’re registered to the state, the state kicks it up to the feds, and that’s how he gets caught.”

Although the experts notes that the failure would always certainly lead to an arrest, he added that due to Petty’s financial status that jail time would more than likely not be served.

”Well, this is where it gets hanky here because they’re looking for the background, the circumstances,” Staton continued. “Now, if Mr. Petty’s crimes were anything but, he has some high dollar money, he’s probably hired a high power attorney. My guess is, he’s not going to do any hard time.”

Petty pled not guilty to failing to register as a offender and has since been indicted by a grand jury on these charges. If convicted he can he sentenced to up to 10 years in prison. His trial starts April 28th.

Check out the segment in full below.