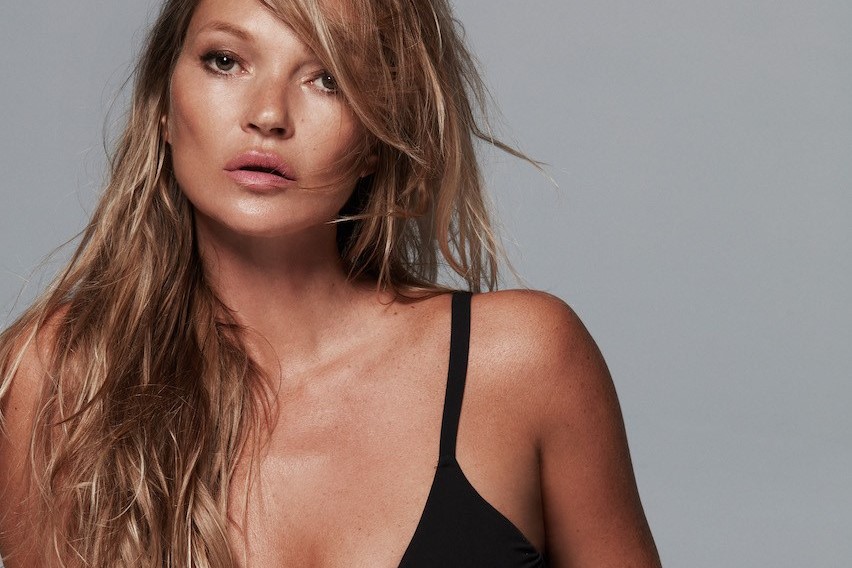 That trip to the Vatican is making so much sense now!

When pictures emerged last week of Kim Kardashian and Kate Moss mooching through the Vatican in a lace cut-out bodycon and kitten heels, it was as if Fellini had shot the anointing of two new, fashion-forward bishops. The unlikely duo were, of course, visiting Rome following Kim Jones’ second couture show at Fendi.

However, this was no mere fashion pilgrimage, but a serious business meeting – because where else to hold an impromptu catch-up than the Sistine Chapel? Now, following on from last week’s papal tour, Kate Moss has been unveiled as the new face of SKIMS – Kim’s slinky line of innovative shapewear.

Shot by longtime Kardashian collaborator Donna Trope, Moss is featured in a coterie of scooped bras, cotton two pieces, and body form loungewear. It’s not the first time that the British supermodel has slipped into a pair of Kim’s knickers, though. “I’ve been a fan of SKIMS since day one,” said Kate. “What Kim is doing with the brand is so fresh and modern, making underwear women actually want and that fits perfectly: I wear it, my daughter wears it – even my mum wears it!”

“I first met Kate in 2014 through Riccardo Tisci, and was instantly struck by her cheeky humor, authentic, and classic beauty – we’ve been friends ever since”, said Kim. “She is THE fashion icon, defining whole generations of culture and style and I am honored to feature her as the new face of SKIMS this summer!”

That being said, this summer is proving to be a stonker for Kim, who was recently announced as the official outfitter to the US Olympics team, and is now said to be gearing up to relaunch KKW beauty. Click through the gallery above to see what’s in store from Kate Moss’ SKIMS campaign.