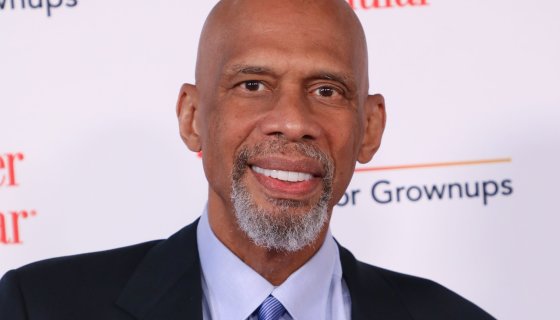 spent much of his NBA career as a standout big man and has eased into his retirement as a writer and author covering a bevy of topics. In his latest column, the legend examines the recent string of perceived anti-semitism from entertainers and athletes while offering a stern warning.

Writing for The Hollywood Reporter, Abdul-Jabbar, 73, took issue with the recent comments made by the likes of Ice Cube, DeSean Jackson, and the latest to express alleged anti-semitic thoughts, Nick Cannon.

Ice Cube’s June 10 daylong series of tweets, which involved some creepy symbols and images, in general implied that Jews were responsible for the oppression of blacks. NFL player DeSean Jackson tweeted out several anti-Semitic messages, including a quote he incorrectly thought was from Hitler (not your go-to guy for why-can’t-we-all-get-along quotes) stating that Jews had a plan to “extort America” and achieve “world domination.” Isn’t that SPECTRE’s job in James Bond movies?

These statements would be laughed at by anyone with a middle-school grasp of reason, but then former NBA player Stephen Jackson, a self-proclaimed activist, undid whatever progress his previous advocacy may have achieved by agreeing with DeSean Jackson on social media. Then he went on to talk about the Rothschilds owning all the banks and his support for the notorious homophobe and anti-Semite Louis Farrakhan. That is the kind of dehumanizing characterization of a people that causes the police abuses that killed his friend, George Floyd.

To read the rest of Kareem Abdul-Jabbar’s column, click here.