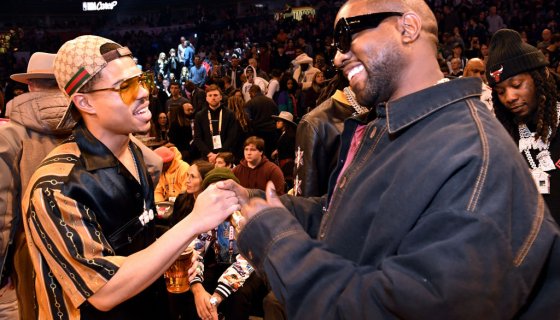 been back in his social media and troll bag lately, so of course a new album is likely on the way. Yesterday (July 18), Yeezy tweeted, and then soon deleted, an announcement of the release date for his new DONDA album.

Wested tweeted that the new album would be arriving on Friday, July 24 along with the tracklist of the project.

This is the Internets, so nothing is ever truly deleted once you put it out there.

@highsnobietymusic: Kanye West’s next album could drop July 24th 🚨 West took to Twitter to tweet and then delete the tracklist for his forthcoming album, ‘DONDA’—formerly titled ‘God’s Country.’

Initial reports had the new album’s title as God’s Country. Recently, he on what would have been his late mother’s 71st birthday.

Lately, Kanye West’s suspect political ambitions have been getting more attention than his actual music. Although we for POTUS, he did manage to get his .

In all seriousness, we home Kanye West is taking care of his mental health, with a TMZ report saying sources had said he has been experiencing an annual episode of his bipolar depression and that his family is concerned with his well-being.