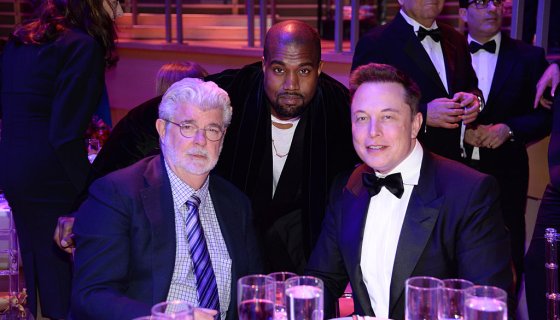 Well, looks like  might be in danger of losing a possible major donor for his 2020 Presidential campaign before it even got underway.

According to Page Six, billionaire Elon Musk has decided to backtrack on his “full support” of Yeezy’s presidential aspirations after he was called out on Twitter by John Crowley who wrote “Cmon Elon – you’re way too intelligent for this BS.”

In a now-deleted tweet, Musk responded, “We may have more differences of opinion than I anticipated.”

Though he didn’t get into specifics on what he and Yeezus disagreed on, we can only imagine what those issues could be as Musk has pledged his support to the Trump presidency and that ish is all sorts of asinine.

Could and his administration have rubbed Musk the wrong way? Maybe it’s Ye’s recent that has him thinking twice about supporting his presidential ticket.

Whatever the case might be, we’re lowkey surprised Musk pulled out before even getting into bed with the “Famous” rapper. What does he know that we don’t?

This actually only raises more questions than it answers but whether or not we’ll ever learn the reasons behind his backpedaling remains to be seen.