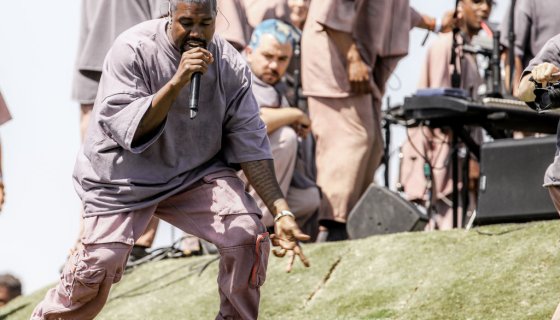 and his complete transformation from hedonistic superstar to a faith-driven griot no longer beholden to his past have been met with both positive and negative results. The Chicago superstar will no doubt inspire more curious thought and critique after being announced as a headline for a 10-hour prayer rally known as Awaken 2020 which features notable critics of the LGBTQ movement.

As reported by local Arizona outlet ABC 15, West was announced as a headliner for the Awaken 2020 rally last week after tickets for the event were made available to the public, although it was a free event. The event sold out on Eventbrite by Jan. 8, and organizers have not released a final tally of registrations.

As noted by the outlet, West and his Sunday Service outfit will take the stage at the Sun Devil Stadium in Tempe, Ariz. in the city’s downtown section on Jan. 18. 2020.

This January 18th, 2020 at Sun Devil Stadium in Phoenix, Arizona, it’s time for you to be part of the Jesus awakening that is shifting HISTORY. Open the door and enter into a new era, a new decade, of revival that is bringing a movement of signs and wonders, healing of the sick, and preaching of the gospel.

Several outlets, such as the New York Daily News, has reported that Awaken 2020 will feature invited guests who have become infamous for their stances against the LGBTQ community. Guillermo Maldonado, who has publicly supported President Donald Trump, is a staunch critic of LGBTQ. Cindy Jacobs, a so-called prophet, is also known for her negative views of the LGBTQ community.