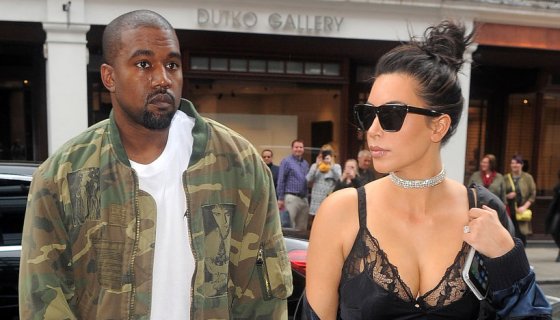 has had a rough week, but that didn’t stop fans from expressing their disappointment after the super producer’s highly anticipated album was a no show.

In the early hours on Friday (Jul 24), fans took to Twitter to convey their disappointment after waiting for the midnight deadline, only to receive no album.

Over the past week, Yeezy has tweeted several times that his 10th studio album, Donda: With Child, would be out “this Friday,” and even furthered the hype by sharing multiple variations of the tracklist on Twitter in addition to announcing on Tuesday, July 21, that it would be accompanied by a “movie.”

DONDA: WITH CHILD new album and movie this Friday pic.twitter.com/eHX1vGm5C2

While Ye’s album delays are seemingly becoming a habit for the self-proclaimed perfectionist, with the heavy push from the G.O.O.D Music head-honcho many fans felt that the release date for Donda: With Child was pretty solid, but with everything that has been going on in , many weren’t too shocked that the release was stalled.

, Kanye West has allegedly been making it a struggle for to reach him by ducking her calls and rejecting her requests to join him in Wyoming.

While many question the timing of after Kanye’s initial tweetstorm, the gossip site notes that Mrs. West had a few concerns weeks prior to his impromptu rally in South Carolina–seemingly suggesting that it was a concern prior to her public presidential endorsement of her husband.

In June, while Kanye West was reportedly in the Dominican Republic, Kim was concerned about before noticing that he was behaving abnormally according to the site. When she returned home to be with their four children is when Ye veered off the original plans and held his , where the Chicago-bred rapper was caught on video making derogatory remarks about and .

“Harriet Tubman never actually freed the slaves, she just had the slaves go work for other white people,” West was heard saying while the crowd reacted negatively.

As if his comments in South Carolina weren’t bad enough, West made headlines for sharing personal details about his at the event, revealing that the couple had  “talked about” aborting their eldest child, North.

“Even if my wife were to divorce me after this speech, she brought North into the world, even when I didn’t want to,” West said. “She stood up, and she protected that child.”

The next day, West set off his second since-deleted tweetstorm charging that the attempted to“fly to Wyoming with a doctor to lock me up like on the movie Get Out because I cried about saving my daughters life.”

Although the Jesus Is King rapper has not publicly confirmed a postponement for the release, he hinted in the early hours of Wednesday, July 22, that he was still putting on the finishing touches.

“We need to finish the album,” Ye tweeted at the time.

The Mars Volta we need to finish the album pic.twitter.com/oA5cc7pyhb

As of press time there was no updates to the scheduled release of DONDA, check out a few of the jokes from Black Twitter below.

Kanye hyping Donda all week then not dropping… pic.twitter.com/8gY9qgeat3

Everyone: *Staying up all night waiting for Donda to release*
Meanwhile Kanye:pic.twitter.com/0tzpUSHrKk

waking up to no new kanye music #DONDA #KanyeWest pic.twitter.com/BQ4axLERqf

Me getting ready to look surprised at 12:01AM that Kanye West didn't drop his album on time #DONDA pic.twitter.com/NC11x0nChb

Kanye at the studio at 12:00 when he was supposed to upload DONDA pic.twitter.com/qcovPXMBeV

Us: “Kanye must be perfecting the album right now”

Kanye 100% going to tweet at like 2pm tomorrow a picture of an IPhone 7 with the caption “Ye Phone” and pretend that the album was never a thing.

When it hits midnight and DONDA is nowhere to be seen pic.twitter.com/eNST0Xv3I5