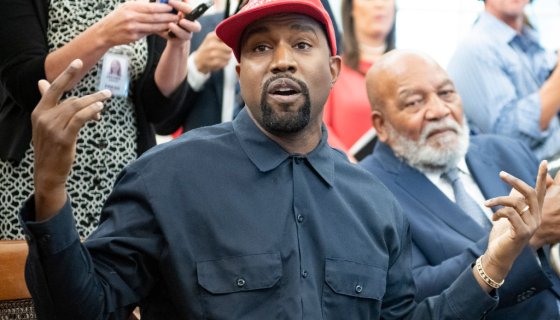 We’re up to day 10 of unrest across the nation and the world after the murder of George Floyd by Minneapolis cops, and has been quiet. But it turns out Yeezy has been cutting checks—he reportedly has donated $2M to the families of Ahmaud Arbery, Breonna Taylor and George Floyd, who are all victims of racist violence.

According to TMZ, a Kanye West reps says the “Jesus Walks” rapper has donated $2 million to set up a college fund for the late George Floyd’s daughter, Gianna, who is just 6 years old. Also, Yeezy has reportedly also made donations to cover the legal costs of the Arbery and Taylor families.

West has also dropped coin on Black business back in his native Chicago as well as nationwide that have been affected by the protests and rallies calling for justice and an end to police brutality.

We can respect that. A number of artists, actors and even hard-working civilians have been putting up money for righteous causes tied to the Black Matter Movement or even just to support Black people in general.

Good on Kanye West. But, we just can’t forget that the producer, rapper, designer and a host of other titles is .

Many remember back in 2005 when Kanye West famously said “George Bush doesn’t care about Black people,” in the wake of Hurricane Katrina—on national television. So his love for the MAGA President, a clear racist, is befuddling to many.

We just hope that if and when he does put out some sort of statement, that it be well-informed. All we ask.