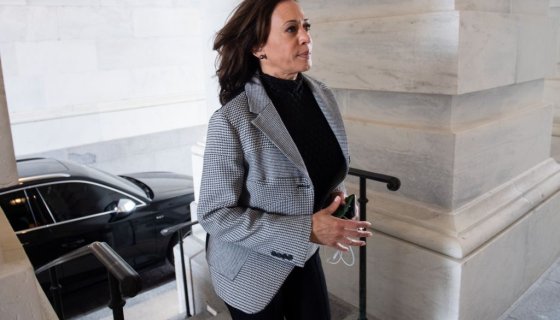 Now that is out of the Presidential race and back at home, the California senator is using her time to show and apparently come to the rescue of one of her fellow senators who’s seemingly slowly poisoning himself with mayonnaise.

Recently Virginia Senator Mark Warner took to social media to show how he prepares his tuna melt sandwiches and needless to say, it was a disaster. Aside from the mountains of mayo used on each slice of the square bread, the well-meaning Senator didn’t even drain the can of tuna. Just threw it all on the bread, tuna water and all. Dios mio! To make matters worst he just popped it in the microwave after dumping slices of cheddar cheese on it. It was like watching a political version of Survivor or something.

Needless to say social media had a lot to say including some of his Democratic colleagues.

Folks these tragic videos are not from Russian bots. They are real. So please, internet make the #TunaMeltGate crisis stop. RT my friend @markwarner and help support our Paycheck Security Program! https://t.co/ABeSSsCbGy

Naturally social media clowned Mark for his struggle sandwich techniques, but Kamala Harris came to the rescue and took the time to teach Warner how it’s supposed to be done. From draining the tuna can to actual ingredients used in a tuna melt, Harris’s sandwich actually looked like it would’ve been respectable and non-heart-attack-ish.

Peep the video below and let us know if you would’ve helped Mark Warner look out for his body or just let the chips continue to fall as they may have.