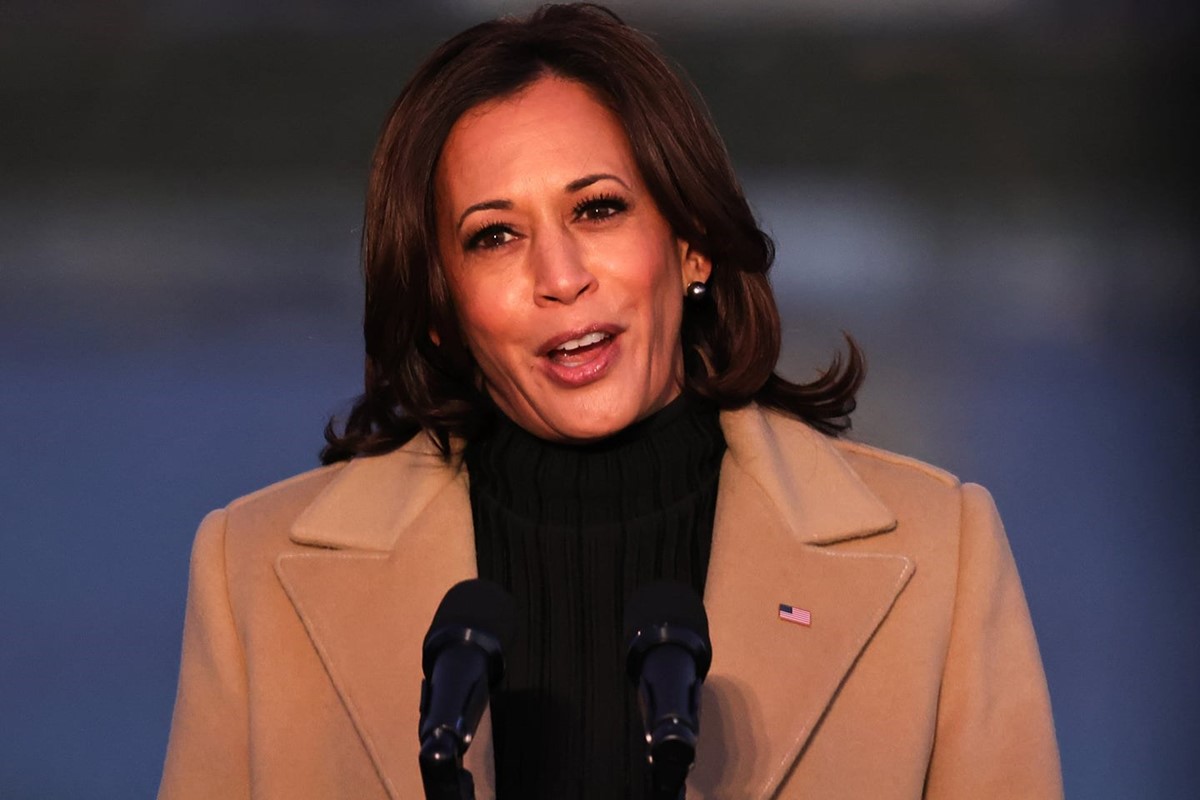 …and this is why it matters

As Donald Trump presumably clears the White House’s cupboards of fake tan and hairspray and prepares to jet off to Florida to continue his sulk at being voted out of office, Joe Biden and Kamala Harris have been gearing up for today’s inauguration.

Last night, the incoming president and vice president – along with their partners Dr Jill Biden and Doug Emhoff – visited Washington DC’s National Mall for a memorial in honour of over 400,000 people who have died from COVID-19 in the last ten months.

For the event, Harris opted to wear a camel coat by Kerby Jean-Raymond of Pyer Moss over a simple black outfit – a significant choice on the eve of a historic day. In case you’re unfamiliar, the designer is known for his politically charged approach to fashion, and his exploration of Black culture.

Past Pyer Moss shows have seen Jean-Raymond throw a cookout in Weeksville, NY – home to one of America’s first free Black communities – and pay tribute to overlooked rock’n’roll pioneer Sister Rosetta Tharpe. In the early days of the pandemic, he was also quick to turn his design studio over to making PPE for medical professionals in need, and dedicated $50,000 to small minority and women-owned businesses in need of support through the crisis.

With the vice president-elect fully aware of the power of fashion and the messages clothing can send, the decision to opt for a deeply socially conscious label was a far cry from what we’ve seen coming out of the White House in recent years, and the antithesis of Melania Trump’s “I really don’t care do U?” military coat that was basically burnt into our retinas in 2018.

Harris’s influence when it comes to fashion cannot be underestimated, either. In the hours that followed the memorial, Lyst reported a jump of 734 per cent in searches for “Pyer Moss coat”, with page views for the brand itself soaring 127 per cent. Earlier this week, searches for her signature Converse Chuck Taylors – which she recently wore on the cover of Vogue – also spiked 233 per cent. Stay tuned to see what she opts for for the inauguration ceremony itself, which kicks off later this afternoon.

Revisit some of the past year’s most important political fashion looks from AOC, Kamala Harris, Cori Bush – and find out why they matter – here.