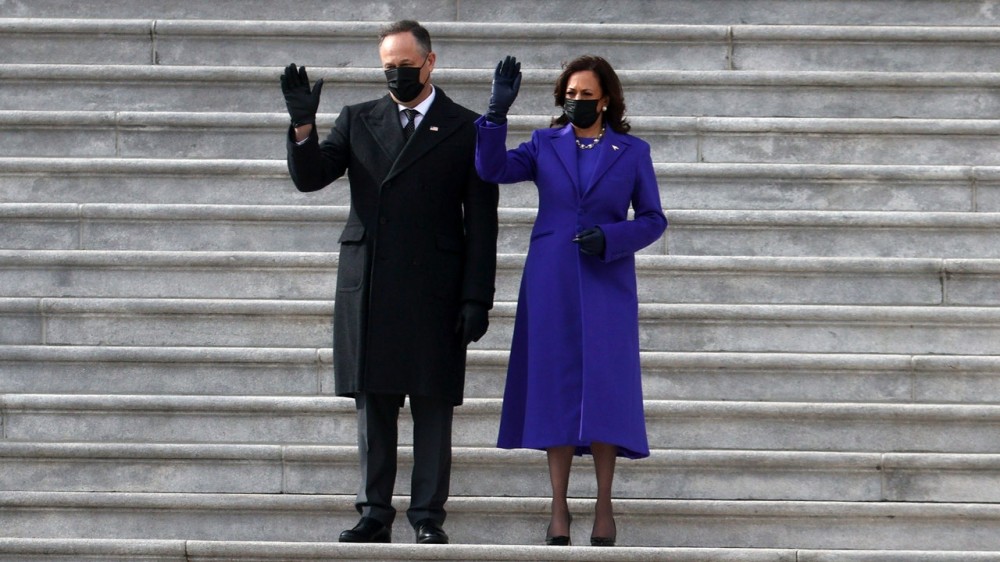 Kamala Harris dressed with purpose for the inauguration. Electing to wear a tailored coat and dress by Christopher John Rogers, and pearls by Wilfredo Rosado, the vice president communicated her commitment to inclusion—as well as to American design. Rogers, from Louisiana, is a queer Black designer; Rosado was born in New Jersey to Puerto Rican parents. Harris is America’s first female vice president, and she is also the first person of African and South Asian descent to hold the office. With President Joseph R. Biden, she will lead the most diverse administration the country has ever seen.

Fashion is easily dismissed as frivolous—and when discussed in relation to female politicians, it’s often considered reductive—but there is no denying its symbolic power.

Over time, Harris has made the tailored dress code of the capital her own, favoring monochrome pantsuits personalized with a string of pearls. Today, in a show of solidarity and support for Harris, women the world over will wear pearls and Converse sneakers, another of the vice president’s sartorial signatures. As Vanity Fair’s Daisy Shaw-Ellis has written, Harris’s pearls have personal significance as they reference her membership in Alpha Kappa Alpha (AKA), the first intercollegiate Black sorority founded in 1908, which the politician joined while enrolled at Howard University. In the context of AKA, “pearls represent refinement and wisdom,” Glenda Glover, the international president and CEO of the organization, has explained. The symbolism of these sea-born gems is fluid, changing over time and in context, but tied into a strand, they manifest a sense of connection that is reinforced by their round shape.

When Harris gave her acceptance speech in November, she chose a suffragette white pantsuit and spoke of standing on the shoulders of the women who came before her. One of them was Shirley Chisholm, the first Black woman to be elected to Congress and to run for the U.S. presidency. Chisholm’s campaign colors were red and yellow, and her posters were printed with her slogans, “Unbought and Unbossed” and “Bring U.S. Together.” Harris paid an homage to those materials when she announced her own presidential bid on Martin Luther King Jr. Day in January 2019.

The vice president’s choice of purple seems to also reference suffrage, the movement’s three colors being white, gold, and purple, the last symbolizing “loyalty, constancy to purpose, [and] unswerving steadfastness to a cause,” according to a statement released by the organization in 1913. On a political map of the U.S. divided into red (Republican) and blue (Democratic) states, there are also notably purple ones, where red and blue coexist—as may we all, in peace.