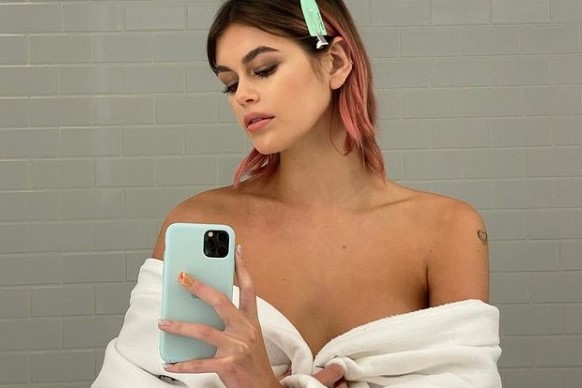 The model and actress is set to star in the show’s 10th season alongside Sarah Paulson, Macaulay Culkin, and more

Dropping the news via Instagram, Murphy wrote: “Very excited to announce that Kaia Gerber is joining the American Horror Story family.” Having previously starred in The Last Day of Summer and Sister Cities, Gerber has taken a step back from the runway in recent seasons to focus on her acting (although she did make time to pop up in Coach’s recent star-studded campaign).

The announcement follows soon after the new season’s title, Double Feature, was revealed. Right now, there’s little information about what that’s actually going to look like, bar a cryptic teaser posted on social media revealing “two horrifying stories” will be told in tandem – ”one by the sea… one by the sand.”

Fans have been speculating that mermaids or sirens could play a part in the plot, after Murphy shared a photo of a pair of hands clambering up a grassy sand bank by the beach last March. “Things are beginning to wash up on shore…” he wrote in the accompanying caption. Stay tuned to find out, we guess.