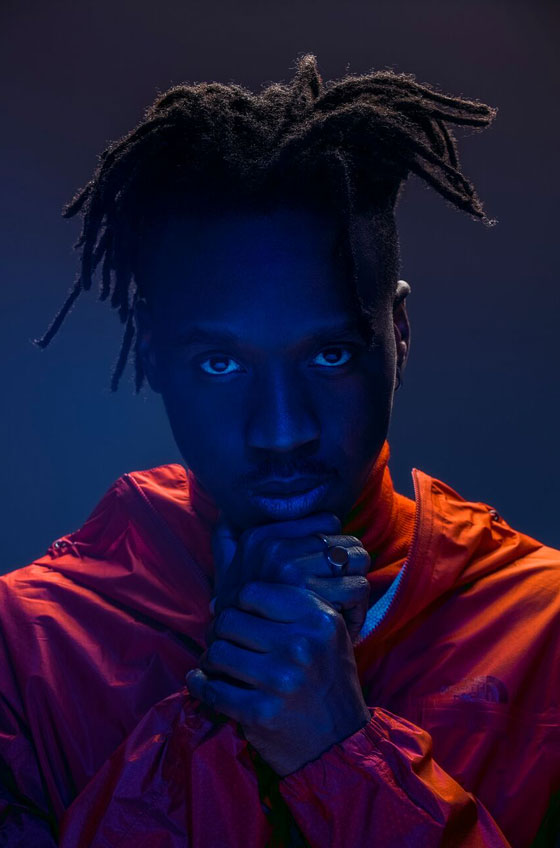 Given his nomadic living situation during its production, it’s ironic that the latest, long-gestating full-length player from Kae Sun would be his most cohesive. Yet Whoever Comes Knocking sees Ghanaian-Canadian singer-songwriter Kwaku Darko-Mensah Jr. rising to an assured new plateau.

“I think both 2009’s Lion On A Leash and 2013’s Afriyie] were made in one place,” Kae Sun tells Exclaim! “So musicians would come in and map out the songs, and it was in in a shorter span time. I went into this record while I was leaving Toronto. I was in Germany for two summers, and I was in the States for a number months as well. So that whole time I was working on that recording, I would go to New York and back to wherever I was staying. I completed it in Montreal and I haven’t worked on anything in that matter before.”

“‘Fix Up’ was inspired by my first experience at Britzer Garten in Berlin,” Sun explains, regarding the song’s inspiration. “Seeing a lot young Africans — most whom were migrants (I assumed) in this city that was so open to drug culture, a huge concentration young black people — people like myself. I was trying to find out how it was affecting me. I come from Ghana, but I live here and I was thinking about police violence and control. It’s all still there, but it looks different and it inspired something in me to toy around with these characters and these ideas.”

That empathy and awareness has affirmed Kae’s current outlook, and Whoever Comes Knocking (which features production by Joshua Sadlier-Brown) finds him uninhibitedly following his own muse.

“In a number ways, I have more clarity as to where I fit in the structure how people perceive art, which is always a tricky thing,” he explains. “You’re not making art for people, but in order for it to exist and to have any kind cultural significance, you have to accept the feedback, so it allows me to play around with it. To test the limits what people perceive from someone like myself in a Canadian and international context, and that’s great interest to me. I think over time doing all this dabbling and experimentation, I’ve emerged with a clearer vision. I think that maybe in the past I was waiting to get the feedback which direction was possible but now I feel that I can confidently follow my own way.”

Whoever Comes Knocking comes out March 2 on Moonshine.