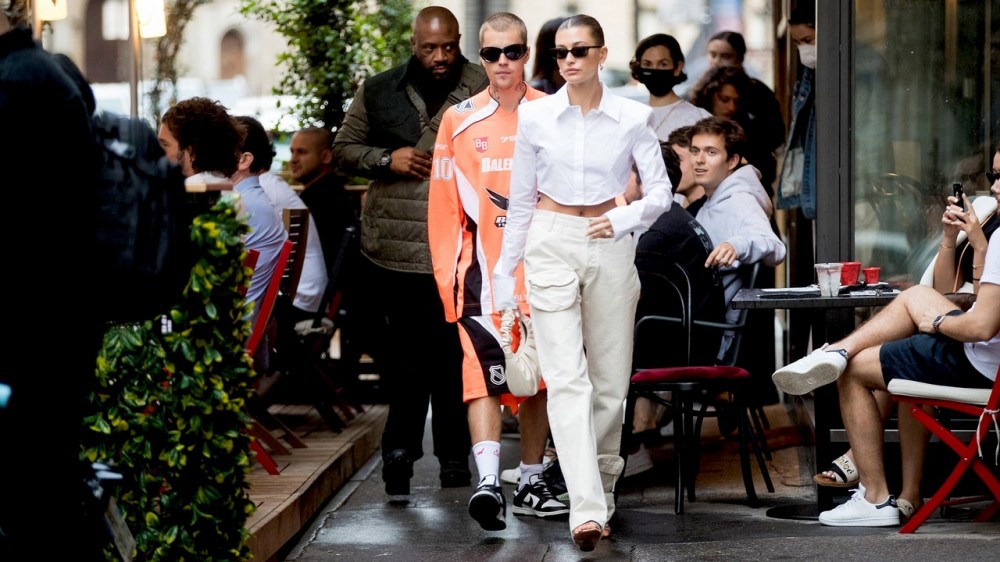 French style is beloved the world over, and many travelers attempt their best version of it the second they touch down at Charles de Gaulle. Still, there’s something to be said for staying true to yourself, even when you’re far from home. Justin and Hailey Bieber took that idea to heart when they headed to Paris this weekend to meet with French president Emmanuel Macron. Though they packed pieces from French fashion brands, the Bieber’s avoided cliches—berets, Breton stripes, ballet flats among them—and instead focused on the items currently trending in Los Angeles.

On day one, the pair enjoyed a dinner date in the 1st arrondissement while wearing relaxed separates. With Hailey in The Attico’s wide-leg pocket pants and a matching white cropped blouse and Justin decked out in one of Balenciaga’s hockey jerseys, the couple captured the young Hollywood look—down to their viral accessories. JW Pei’s affordable and on-trend Gabbi bag served as Hailey’s carryall, while Justin wore a pair of retro rectangular shades.

For their one-on-one with Macron, both Biebers dressed to the nines. Justin kept his sneakers on but changed into a tailored black Celine suit and pinstripe shirt. Hailey was the star of the show in a sultry look from LaQuan Smith’s fall/winter 2021 collection worn with Little Liffner's croc-embossed Mini Minimal Tote. Boiled wool isn’t the first material that comes to mind when you think sexy, but Smith’s piece came with keyhole cutouts and a pencil skirt that changed the whole vibe. Body-conscious yet just demure enough for a political meet and greet, the dress exemplified modern style, done the American way.