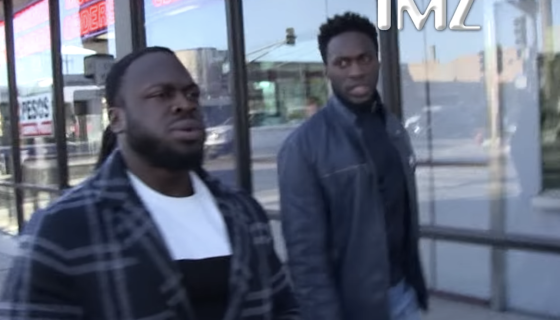 The Osundairo brothers who infamously found themselves are sticking to their story. They maintain the actor hired them to help fake the attack, and are praying the former Empire star admits it was all a ruse.

Of course, TMZ caught up with the alleged scammers, basically:

The Osundairo brothers — Abel and Ola — were leaving Fina Estampa restaurant in Chicago Friday afternoon when they opened up about Jussie … and how they feel about the whole debacle.

Ola starts by telling us they are praying for Jussie to “build up the courage to finally tell the truth” … clearly implying they’re sticking to their story — that it was all a hoax perpetrated by Smollett.

Abel, who’s walking with his brother and their lawyer, Gloria Schmidt, goes on to say the brothers feel remorseful for being involved in the incident and causing people pain … especially real victims of hate crimes who may have been marginalized because of what they did.

Recently, , this time for lying to Chicago authorities about the alleged incident.

Juicy Smolliét aka Smollett is also suing the City of Chicago—, which is seeking a return of the money it spent on investigating what it believes to be a hoax.

, with the perpetrators yelling “This is MAGA country” along with racist and homophobic epithets.

As for the Osundairo brothers, they say they’re willing to testify under oath to get the true story out.