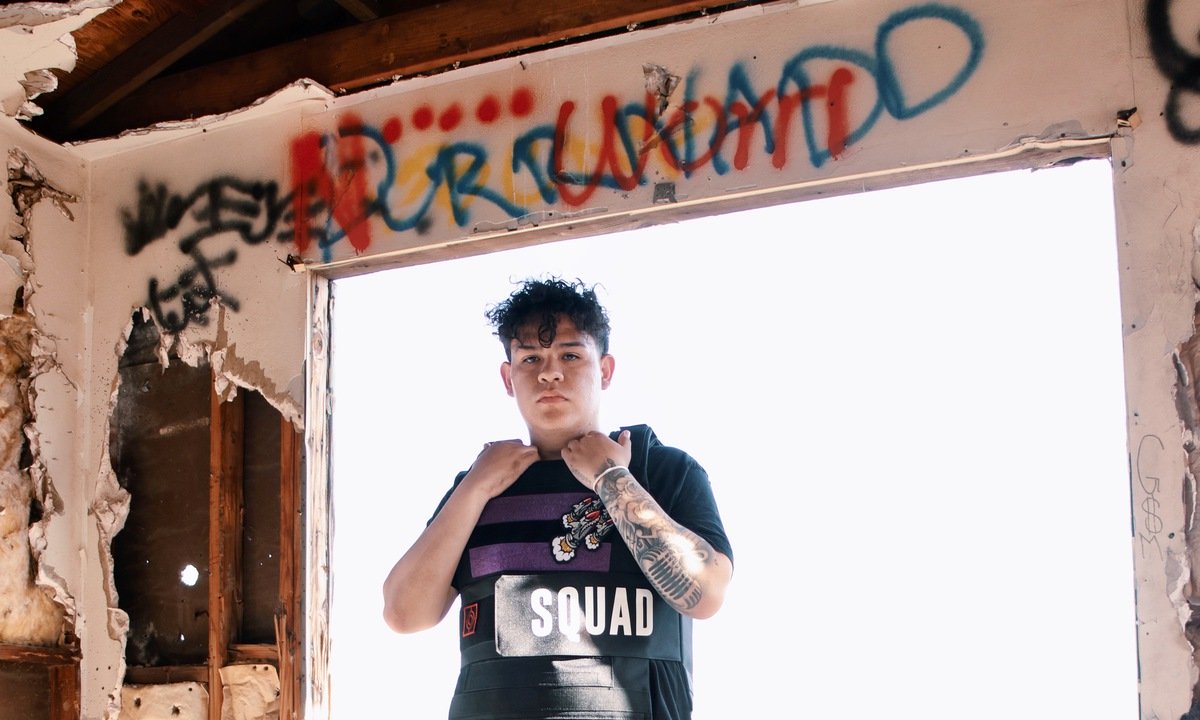 In Junior H’s music video for his latest single “Intro,” the rising Mexican artist finds himself haunted by the memories of an old relationship.

Junior H is one of the emerging artists on Rancho Humilde, the L.A.-based label that’s leading the corridos tumbados movement. Mexican singer Natanael Cano is the label’s breakout star and Junior H is following in his footsteps.

“Intro” is Junior H’s first taste of new music since the release of his Atrapado En Un Sueño EP earlier this year. The emotional corrido tumbado opens with a phone call from a woman saying she doesn’t know the 18-year-old singer anymore. “You’ve changed,” the voice says. Junior seemingly meditates on that message in heartbreaking lyrics. He shows off the range and depth in his music and as a songwriter. It’s not always about
partying when the one that you loved isn’t around.

The music video for “Intro” perfectly captures the before and after of that old relationship that’s eating away at Junior H. He reflects on the good memories with his girlfriend in their secret hideaway shack. That’s a stark contrast to the images of the singer standing alone in the same place. In his “Sad Boy” shirt, Junior H flexes his guitar-playing skills in the video’s final moments.

There’s no word yet if “Intro” will lead to a new EP or album. Along with Junior H, Rancho Humilde is setting up Ivonne Galaz and recent signee Bo Bundy as the next ones to watch in the corridos tumbados scene.