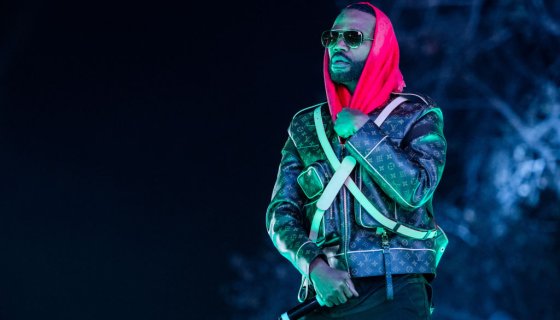 Since the beginning of the battles, fans have tossed names into the hat that either made sense or baffled even the most musically-inclined fans. is the latest artist who wants to lock horns in the friendly head-to-head competition, but his selection of as an opponent has some fans on Twitter questioning with Juicy J is sipping in his cup.

With immediacy, fans began chiming in with questions, as one should expect, but then the jokes came flying in shortly after once the idea settled in the minds of some.

“The thought of Juicy J playing Ballin against Ether is f*cking hilarious,” one fan wrote under Juicy J’s tweet. Another fan added what may probably be a far more entertaining battle to watch by suggesting Juicy’s Three 6 Mafia crew against Bone Thugs-N-Harmony. However, there are some who think Juicy J can wash Nas off hits alone if not lyrical ability.

Thus far, the Queensbridge lyricist hasn’t answered Juicy J’s call but who knows what might be transpiring behind the scenes.

Check out the reactions to Juicy J asking for the Nas VERZUZ smoke below.

It def says the first part but you dead ass making up the second part.. huge juicy j fan but he out his mind and league and you too if you feel this shit even a little

Juicy J Vs David Banner would be more your speed. 🤔

Juicy J gonna play “Bandz a Make Her Dance” then Nas gonna follow up with “I Can”, and I’ma cut the live off. https://t.co/Cr5dIX1ViV

Juicy J may not be a better rapper than Nas….but he’s got more hits than a lot of your favorite rappers out now pic.twitter.com/Bdc9RQRUiA

Juicy J bout to play Who Da Neighbors and leave Nas confused as hell in the Verzuz battle.

Nas showing up to school Juicy J with Illmatic

When i think of Nas i think of Jay Z, Ice Cube, or maybe even Common. Not no damn Juicy J lmao

Juicy J vs Dual Necklaces tho.