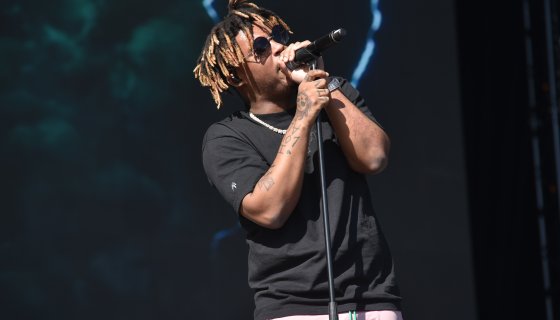 passed away last month at the age of 21, just as his career was picking up even more speed. According to a new report, the team that handed the late Chicago rapper’s affairs is considering unloading songs from a massive vault of unreleased music.

According to a new report from TMZ, the outlet has learned that members of Juice WRLD’s team are sitting on nearly 2,000 tracks and are looking to determine the best way to get the tunes into the hands of fans. The outlet reported that last week, just over two dozen tracks leaked online but were quickly taken down. It appears that Juice spent a lot of his off time recording, even while on the road leading to the haul of music.

Juice, born Jarad Higgins, was an especially prolific mixtape rapper before breaking into the big leagues in 2018 with his platinum-certified debut album Goodbye & Good Riddance and features the “Lucid Dreams” smash. He followed up with 2019’s gold-certified Death Race for Love.

An official word of the release of the tunes has yet to surface from Juice WRLD’s team.