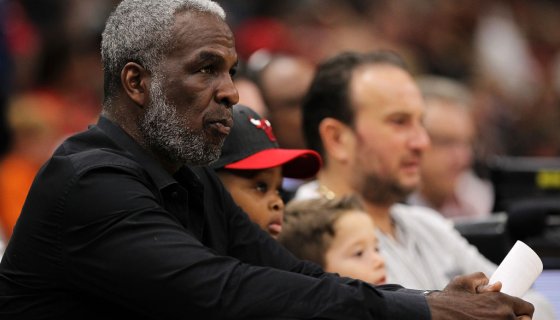 The Knicks legend, Charles Oakley, and disgraced current New York Knickerbocker owner, James Dolan, is far from over. A judge is hoping some mediation will help bring the situation to a close.

The Daily News is reporting that the U.S. Court of Appeals has scheduled a conference call for Mar.31 that both Charles Oakley and James Dolan along with their attorneys. The goal is to sit down for a required three hours and hopefully, both parties can reach some sort of agreement sports legal analyst Daniel Wallach uncovered. But that won’t be no easy task based on recent history between Oakley and Dolan.

NEW: Charles Oakley and James Dolan have been ordered to mediate their dispute by a federal appeals court. Mediation will be held on Mar. 31, and presided over by former NYS Sup. Ct. Justice Charles Ramos. Both Oakley and Dolan must appear by telephone. pic.twitter.com/aA1Bfmmg0a

This all began back ion 2017 when Oakley from Madison Square Garden for a year. The retired baller sued Dolan for defamation, assault, and false imprisonment following the incident that took place during a Knicks home game back in February 2017. A Manhattan judge dismissed the lawsuit last month, and the Garden did extend a peace offering to Oakley, stating: “Maybe there can be peace between us.”

Dolan also hired Steve Stoute as a brand consultant who wanted to somehow repair the relationship between Oakley and the franchise. Stoute was eventually by the organization after he got a little loose with the lips during a taping of ESPN’s First Take, where he gassed up his role with the team.

Oakley appealed the Judge’s decision, which subsequently led to this court order for meditation and is still letting the world know how he really feels about Dolan. Following the latest incident involving legendary Knicks superfan, , Oakley has described the team is being run like a “like a plantation.”

This isn’t the first attempt at mediation between the two either. Immediately after the incident at the Garden, NBA Commissioner Adam Silver set up a sitdown between both sides that featured Charlotte Hornets owner, Michael Jordan, telephone. Jordan and Oakley are both close friends, and his presence would have been influential. Dolan had already claimed in a radio interview that Oakley was an alcoholic.

Following their sitdown, Silver claimed that “both Mr. Oakley and Mr. Dolan were apologetic about the incident and subsequent comments.” In an interview with the Daily News, Oakley didn’t agree with Silver’s statement but felt he might get an apology from Dolan directly, but that didn’t happen.

We shall see how this plays out when they finally sit down and talk again.