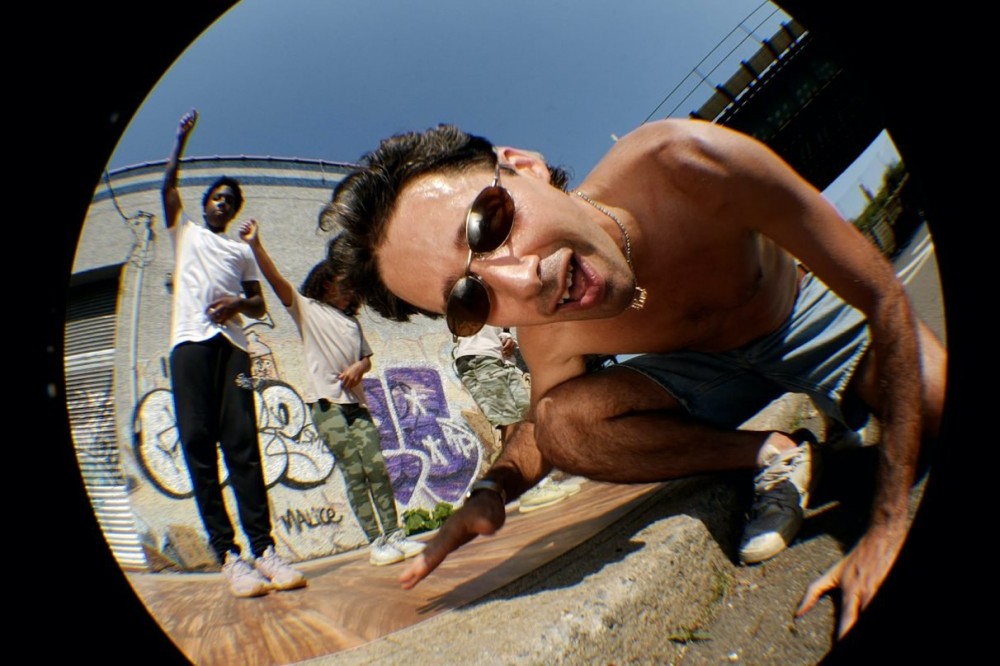 If winter lockdown is making you feel nostalgic for warm days when you could hang outside with friends, then New York-via-Montevideo singer-songwriter Juan Wauters has a remedy: The celebrated musician is back with a new track called “Presentation,” a festive love letter to New York that will will leave you yearning for sunny weather and good company.

“Presentation” is a groove-heavy, feel-good song with ‘80s hip-hop influences, made with the help of fellow artists Nick Hakim and Benamin. According to a statement from Wauters, “Presentation” was made one night when the three collaborators met at Hakim’s studio in Brooklyn. “Nick and I had only met a few times before and Benamin and I met that night,” he said. “We all hit it off really well and made this song that was built by all of us pitching ideas.”

The song’s contagious spirit comes through in the video, which features the three artists playing a game of hoops as well as footage of kids dancing. The clip was filmed in 2020 when few people were outside in New York. “The dancers really brought the house down. It was so cool to see them all vibe to the music,” Wauters said.

The passion Wauters feels for his adopted city comes through in “Presentation.” “In many ways, unintentionally, the song as much as the video came out to be a big shoutout to NY and things that have come out there. New York has been one of the main powers pushing behind my creation and this is me saluting it again,” he said.