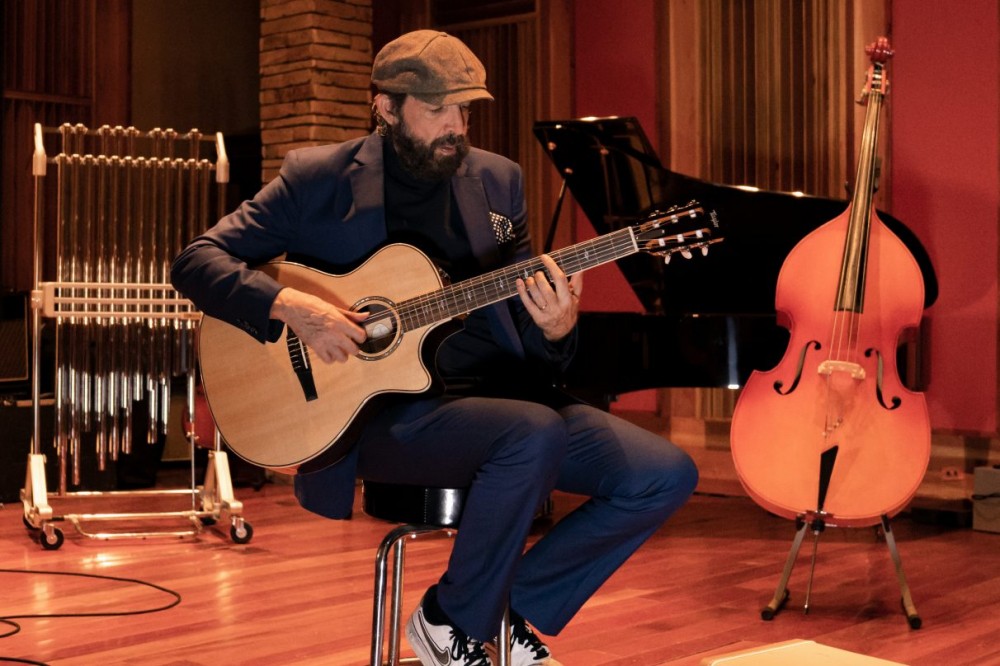 Juan Luis Guerra has a surprise Christmas gift for his fans. The Dominican icon announced that he will release his new EP PRIVÉ on Friday, Dec. 25.

PRIVÉ will be a 5-track EP featuring Guerra’s new single “Pambiche de Novia.” Three of the songs will be remakes of some of his greatest hits. He recorded the new EP at his studio in the Dominican Republic.

Guerra also announced that on Christmas night he will host a virtual concert on his YouTube channel. The show will be directed by his son Jean Guerra under his Guerra Films imprint.

“This is something that we always wanted to do, play new versions and songs with guitar in-hand in an intimate environment and surrounded by friends,” Juan Luis Guerra said in a statement. “I hope you enjoy it.”

PRIVÉ will be Guerra’s first taste of new music since the release of his 2019 album Literal. At the 2019 Latin Grammy Awards, Literal won Best Contemporary Tropical Fusion Album and his single “Kitipun” won Best Tropical Song. Guerra added to his previous multiple Latin Grammy wins from throughout his storied career. He also has a few Grammy Awards to his name.