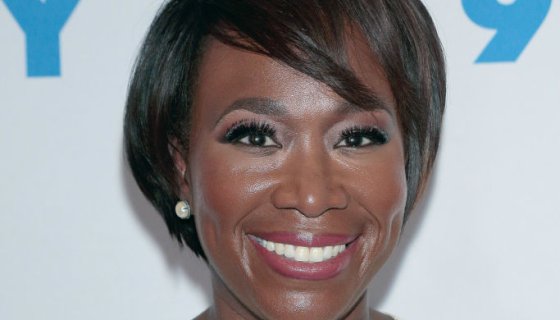 MSNBC national correspondent and political commentator is about to make history.

According to Page Six, the veteran television host is set to take over the slot previously occupied by Hardball host until his amidst accusations of .

Reid, who currently hosts the morning show AM Joy, has filled in for the network’s prime-time stars including Rachel Maddow and Chris Hayes. The experience helped solidify Reid as a perfect fit for the suddenly opened slot, after Matthews, who’d been hosting “Hardball” on the network since 1999, quit after accusations of “inappropriate comments,” including flirting with a guest off camera.

Although the announcement hasn’t been made official just yet, Reid made sure to address any controversy that he previously had. , In2018, she apologized on-air for homophobic posts on her old blog, the Reid Report.

During the apology, she also noted that while her blog reflected the offensive point of view, they all may not totally belong to her after  and comments on the blog, including a remark that “most straight people cringe at the sight of two men kissing,” and that Reid couldn’t watch “Brokeback Mountain,” the romantic movie about two male cowboys.

In an in-depth apology on AM Joy, she said:

“Here’s what I know. I genuinely do not believe I wrote those hateful things, because they are completely alien to me … But I can definitely understand, based on things I have tweeted and have written in the past, why some people don’t believe me. I’ve not been exempt from being dumb or cruel or hurtful to the very people I want to advocate for. I own that. I get it. And for that, I am truly, truly sorry.”

Recently Joy Reid has been experiencing much success with the release of her latest book, “The Man Who Sold America: Trump and the Unraveling of the American Story,” published by William Morrow.  The book, which was released  last June, was listed as a New York Times best- seller.