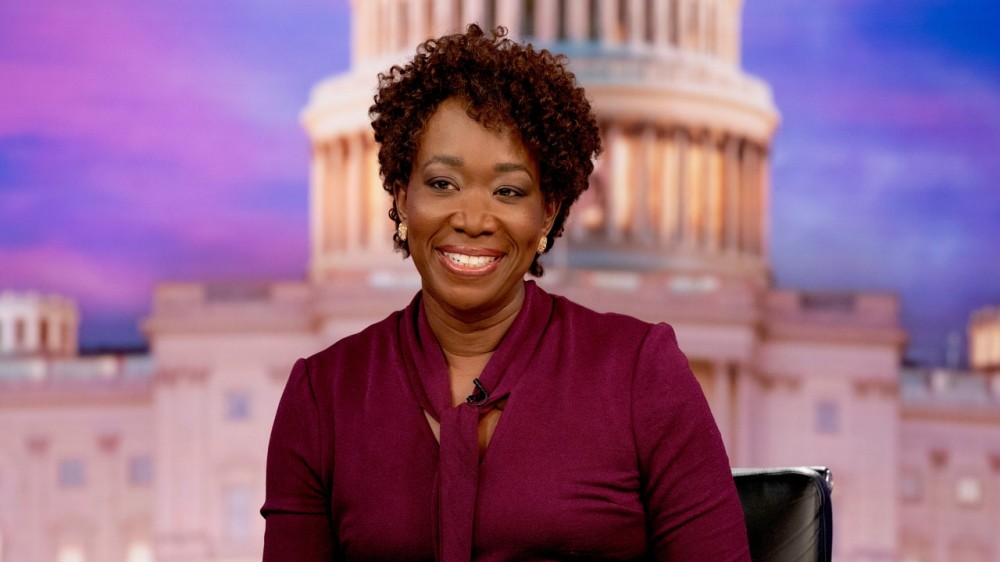 The nail-biting wait for an outcome to the presidential election extended past Election Day and was currently being monitored by millions worldwide. The countdown to a final decision was marked by constant and contradictory news updates, social media meltdowns, and countless memes. Throughout it all, broadcast journalists have been a voice of reason, while also having to appear on camera for hours at a time. And I, for one, have been turning to Joy Reid for this solace. The MSNBC correspondent’s presence during this round of political warfare has felt essential. Reid, who became the first Black woman to anchor a prime time news show with the premiere of The ReidOut in July, cuts through the noise and offers her viewers factual news, informed opinions, and on occasion humor.

Though she’s covered politics for decades, 2020’s race and its subsequent delays created new challenges and a 24-hour work schedule that has made Reid a constant during the news cycle. “This is definitely the most intense election I’ve ever covered,” Reid shared on the phone from Manhattan. “2016 was intense, but in a different way because for most of the election, Trump was just an unpleasant curiosity that no one took seriously as a contender. We were covering so much of what was happening around him from a horrified distance—the Russian intervention, the misogyny, the Access Hollywood tape—it was never-ending. In contrast, the Clinton story was the same as it had been for the last 20 years. You didn’t get the sense that [election] was going to change the trajectory.”

Four years later and the realities of Trump’s tenure in the Oval Office, the coronavirus pandemic, and racialized violence have given 2020’s election a greater sense of urgency. This year’s voter turnout is on pace to break records in place since 1900 : a historical significance would be edifying if it weren’t for the razor-thin margins in the remaining battleground states. For Reid, the magnitude of the battle is indicative of the nation’s current state. “We are deeply divided, and there is a deep commitment to white supremacy in this country that we have never really dealt with.”

From Walter Cronkite to Peter Jennings to Dan Rather, American political news coverage has traditionally been the purview of white men. It’s only recently that women have been able to infiltrate the highest echelons of the industry. MSNBC currently has three women, Reid, Rachel Maddow, and Nicole Wallace, leading its news coverage—a first for the network and TV. “It’s an incredible opportunity, and it’s coming at a moment where we’re digging into what it has meant for America to have a white male-dominated society for 400 years,” says Reid. “When I was growing up, the news was all being told to me by white men. There were many great journalists and anchors—we were a Dan Rather household—but I didn’t see anyone Black until Gwen Eiffel and Carole Simpson. Connie Chung was the only other person of color, so it was extremely rare. It’s a real privilege to tell this ongoing history and the story of what’s happening in our country from the point of view of the big percentage of Americans who are not white and male. It’s important to have our perspective represented, and I’m proud I get the chance to do that in primetime.”

Being a woman in the spotlight comes with a special set of pressures—namely, scrutiny of her hair and wardrobe choices. Though Reid has fun with fashion, she’s aware of the stress that comes with dressing for television. “There was an era when to be a woman in the news you had to be the slightly more feminine version of a male anchor,” she says. “You wore a blazer, and maybe it could have a bow on it, but you had to dress in this restrictive way.” Reid recalls the firestorm that even wearing a print could cause when she entered the field in 1997. “I remember it being a big controversy in our newsroom when one of the anchors wanted to wear a leopard top,” she says. “It was a war with our news director.”

Surprisingly, the broadcasting dress code shift began thanks to an outside source: former First Lady, Michelle Obama. “When she came along it blew all that up,” says Reid of Obama’s influential wardrobe, whose eclectic mix of high and low end designers and arm baring dresses redefined professional wear. “When the First Lady is wearing sleeveless, suddenly news anchors can too.” After years of regimentation, anchors are now expected to show a bit of their personality within their fashion choices. “We’re now in an era where all of these pieces of your real identity show,” says Reid. “What you wear, how you style your hair, whether you choose to wear it natural. This has all become a normal part of the business, and it’s been great.” For significant events like Election Night, Reid chooses her outfits carefully. Working with stylist Donavan Bradford, they create looks that offer a sense of levity. “I take it seriously because often the news we’re reporting is so grim,” says Reid. “I try to make what I’m wearing expressive in a positive way so that you’re not just getting a Grim Reaper [giving] you information every night. There is a little bit of whimsy, some fun, a smile. Something uplifting that is a subtle way of communicating positivity.”

The dramatic red turtleneck with leather scales she wore on Tuesday was a perfect example of Reid’s playful style. Described by Reid as a “Wakanda Forever meets Game of Thrones” moment, it conveyed power. “It’s something that I’ve actually worn before,” says Reid, who asked her daughter for input before making a selection. “I wanted to wear something powerful but fun. I wore sneakers because I [knew] I was probably going to be there all night.” The outfit was discussed heavily on social media, another new aspect of the job. “I’ll get everything from what color is that lipstick to what is the brand you’re wearing,” says Reid of the feedback she receives on Twitter and Instagram. “And I get tons of feedback on my hair—which I can’t take credit for. I have a woman named Gisele Modeste who is a great friend and also happens to style my hair.”

It was only a decade or so ago when seeing a Black woman with natural hair reporting the news was a rarity. With hair now protected by The Crown Act, a petition to end race-based hair discrimination passed by the House of Representatives in 2019 which is now law in states like New York, Colorado, and California, regressive standards are less prevalent. “There was a time when it was frowned upon, particularly to wear your hair in natural curls, an afro, or braids,” says Reid. “Not just in media but throughout [society]. In my twenties, I was told by a woman at a temp agency that she didn’t want to even send me out on interviews because my hair was in braids. They felt it wasn’t professional. It’s a recent development that we’re seeing anchors, analysts, and correspondents’s natural hair.”

Reid likens the scrutiny and interest in the way female anchors dress and present themselves to the media attention devoted to the outfits of politicians like Hillary Clinton and Kamala Harris. “Either Hillary’s suits were considered too boxy, too short, or too long. Every hair change was discussed,” says Reid. “She was the poster child for being beaten up about fashion and constantly scrutinized. Kamala Harris has it double because she’s a woman of color. She even gets picked on for her laugh, just these silly stupid things that have nothing to do with her qualifications as a prosecutor, Senator, and former Attorney General.” Still, Reid thinks Harris has found ways to use fashion to her advantage. “She’s a beautiful woman and can be glamorous when she wants to, but she’s also capable of looking like she could be at your weekend red wine party! So she’s been using [clothing] in a brilliant way on the trail.”

With the election results still pending and related coverage likely to dominate the news cycle the remainder of the month, Reid hopes that the extended wait gives her audience a moment to reflect on the issues that led to such a close race. There’s a bigger lesson to be gleaned from this election no matter who gets elected. “Even among some people who don’t consider themselves racist, there is a core antipathy to what many conservatives deride as “woke culture,” which just means the increasing prevalence of multiculturalism and inclusion in our multiracial country,” she says. “Apparently, for tens of millions of Americans, even the risk of COVID-19 sickness and death can’t overcome the drive to go back to “pre-woke” culture. Those forces are obviously stronger than what shows up in any of the polls, and are even more powerful motivators than a deadly pandemic.”