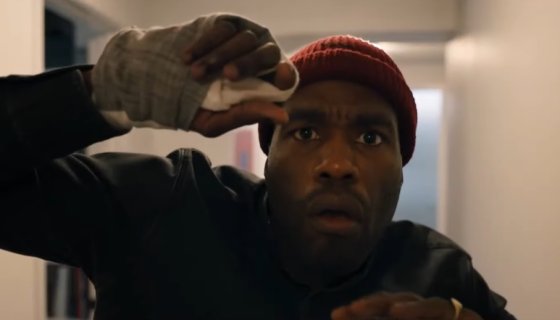 Jordan Peele has dropped the first proper trailer for , and it’s already looking stellar. In addition, it features a creepy use of a Destiny’s Child’s refrain that pretty much signed and sealed its Black Twitter approval.

Directed and co-written by Nia DaCosta, a Black woman, the movie stars rising star Yahya Abdul-Mateen II as a photographer who is destined to deliver some horrific fades. And we’re here for it.

It all goes down in Chicago’s Cabrini Green neighborhood and word of the infamous Candyman is still a said but not said myth. Abdul-Mateen plays Anthony McCoy a visual artist and his girlfriend Brianna (Teyonah Parris) is a gallery director. They move into a luxury condo in Cabrini, which is now gentrified. A meeting with a neighborhood OG leads to his discovery of the truth about Candyman, and he decides to flip it into his artwork. Yeah, it will surely be all downhill from there.

And yes, that is the same Vanessa A. Williams from the original film in the preview.

As for the trailer, it flips the chorus to Destiny’s Child’s hit “Say My Name” into a spooky, eerie mood setter for a horror to come.

Candyman is in theaters on June 12. Peep the trailer below, as well as hilarious and celebratorial reactions.

Jordan peele after finding a way to use say my name by destiny’s child In a horror film pic.twitter.com/yL5Ze7bsCI

Jordan Peele done flipped Say My Name into a scary song. I’m going to need an album with all his remixes when everything’s said and done

Vanessa A. Williams returning to Candyman 28 years later and not aging a day. pic.twitter.com/2iwlv4Mmva

growing up from nola you know Candyman hit a little too close to home and was scary af. The fact that it’s produced by Jordan peele and directed by a black female nia decosta, i am pissed that my scary ass has no choice but to see the this damn movie.

Worth noting that although the film is written and produced by Jordan Peele, it’s directed by Nia DaCosta. Support female directors! pic.twitter.com/uVDnDoB0Zj

Jordan Peele proves again he can take a classic R&B song Say My Name and remix it into a horror track we never knew we wanted for the #candymanmovie #Candyman pic.twitter.com/YnmVq5d5rg

At this point I just want Jordan Peele to release an album filled with our favorite R&B songs flipped into horror songs. Literally, take my money. pic.twitter.com/A9IvR2xcpE

Candyman might’ve lasted longer in the group than Farrah https://t.co/ICZiM5jcnK

“#Candyman. If you say his name 5 times in the mirror, he’ll show up in your reflection and kill you.”

“Who would do that?”

The fact that Jordan Peele flipped Destiny’s Child’s “Say My Name” for #Candyman is not only nostalgic, but also genius. He will be seeing my coin soon. pic.twitter.com/Yuh3qP5eRr

Me minding my business while my friend is in the bathroom saying #Candyman pic.twitter.com/d1TxrcYOXI

candyman has jordan peele as a producer and a writer and has a black female director i just know it’s gonna serve pic.twitter.com/2lF1qEDAun

“Dang first I Got Five On It and now Destiny Child’s Say My Name ?!?!”