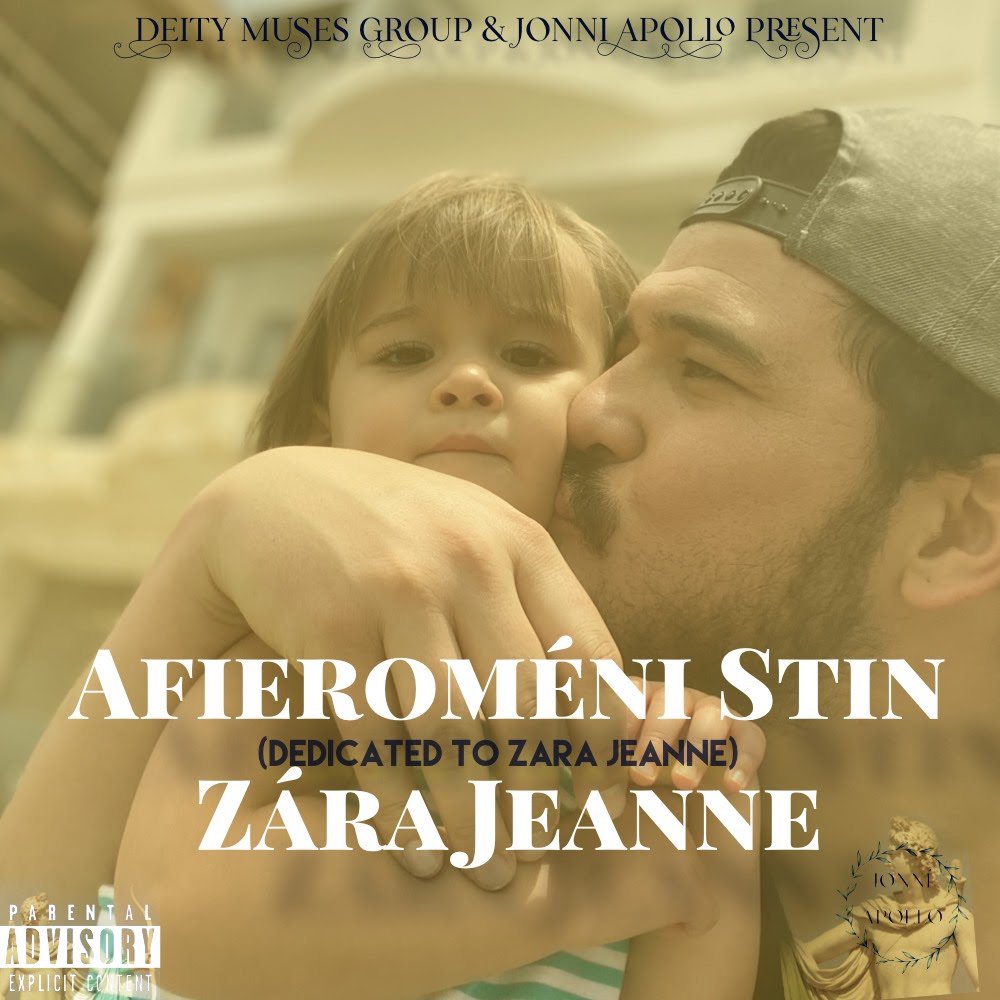 Jonni Apollo is showing what he is truly capable of doing in his newest song, “Afieroméni Stin” (Dedicated To). From his base in LA, Jonni has been an expert at incorporating biographical elements with deep and meaningful topics, such as this new song in which he pays tribute to his daughter Zara Jeanne, whole love has helped him overcome the toughest obstacles encountered in his life. Jonni Apollo creates his own lane and certainly doesn’t resemble anyone in the field. His unique sound is instantly recognizable thanks to his fast speed deliveries and bass heavy tone singing. He had previously released a full LP titled Chains From Apollo and its same titled main single that attracted the loyalty of a legion of devout fans.

With “Afieroméni Stin,” he continues showing how much he seeks and strives for innovation and unicity in his lyrics and overall music, through one of the most powerful rap tracks of the year, unveiling his emotions towards his daughter, as well as the impact she had on helping him find his truth and most essential values.