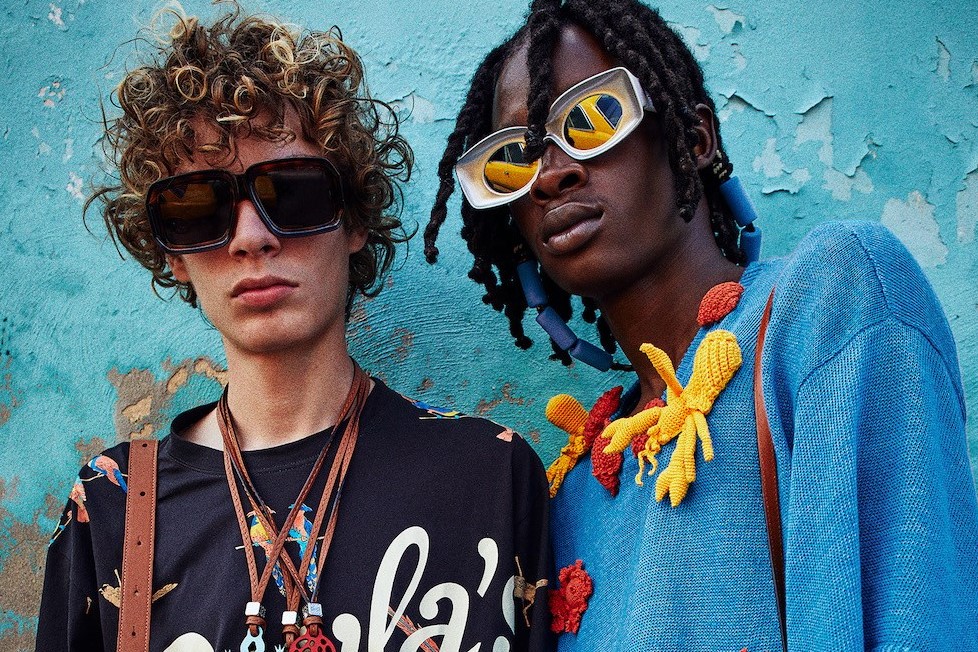 Jonathan Anderson, like the rest of us, is desperate for a holiday. Spending lockdown dashing between London and Paris, the designer is quick to point out how lucky he’s had it the last 12 months – but that doesn’t negate the fact he’s ready to feel some warm sand between his toes.

“I can’t wait to get back to Ibiza,” he reveals over the phone. “I’ve been going since I was a child because my parents have a place there, and it’s kind of weird when you get so used to doing something over 35 years or so. Right now, just going there and sitting quietly by the beach with a drink would be the most luxurious thing in the world.”

Although London is tentatively opening back up, and the vaccine rollout continues apace around the world, trips away still feel like a distant dream for now – but while we might not yet be able to travel, Anderson is sending a dose of Spanish sunshine in our direction in the interim.

Debuting his latest Paula’s collection for Loewe last week, the designer has taken over a Harrods enclave and turned it into the kind of bustling beachside hippy market you’d be hard-pressed to hold onto your money in after a couple of uber-strong margaritas.

This time around, technicolour prints dug up from the boutique’s archives are plastered across breezy kaftans, lightweight vests, and tiny shorts, while a kitschy watermelon motif is emblazoned on tank tops and woven tote bags.

Lunar phases become a new kind of monogram across easy denim trousers and jackets, and those naff, touristy tees we’ve all picked up on holiday have also been given a Loewe twist, with a series of styles bearing IG-worthy sunset prints and big, bold logos. “I love them! We’ve all picked one up,” he says.

As is usually the case, the knitwear is a standout – as well as a succession of crochet mini dresses, for SS21, Anderson has dredged up a bunch of undersea creatures and attached them to a blue sweater, as part of a cute, campy twist on a typical souvenir. There’s also baskets – lots of baskets.

“I really think the (Paula’s) collection has become this kind of birthing ground for experimental baskets,” Anderson laughs. He’s right: alongside the classic, Loewe emblem-adorned styles and aforementioned watermelons are pineapples, strawberries, lemons, seashells, and more.

“We’ve spent the last four or five years defining what can be done with them. One of my goals during that time has been to work with a lot of non-profit organisations to try to build sustainable businesses around the world, and that’s really come into its own recently. When you work with artisans in Africa, or Madagascar, or Portugal, it’s really important that you actually help cultivate business, like actual volume business, to protect these projects going forward.”

Alongside the collection itself also comes a new campaign – lensed, once again, by Gray Sorrenti. Shot in Mexico, the sundrenched series sees a bunch of models riding mopeds, jumping into taxis, and hitting after-dark markets, and will make you long to jump on a plane and jet off yourself.

“I love Gray,” says Anderson. “She has something that I think is incredibly rare, in that her photos feel very spontaneous – she manages to lock down images that kind of feel like they’re moving. She’s like a modern, fashion version of a National Geographic photo, you know? She’s a very rare talent.”

As the world moves increasingly towards something akin to normal, talk turns to fashion week. Having spent the last year finding new and ever-more creative ways to present both Loewe and his namesake JW Anderson collections – which included miniature paper runway shows housed in boxes, and a portfolio that encouraged editors to plaster enormous, bus-stop size posters across their walls – I wonder how the designer will make the move back into physical shows.

“I think it’s been really good to change the formula, and it would be nice to kind of find a new formula now going forward,” he says. “I’ve actually enjoyed slowing down and not travelling as much, and I don’t think I’ll do as much long-distance flying, for example – it’s not good for the environment, it’s not good for your mental health and wellbeing. I am looking forward to physical fashion shows, but for me, as we move towards things being a bit more ‘normal’, I’ll definitely continue to try to think outside of the box more.”

Check the collection out in the gallery above, and shop here.