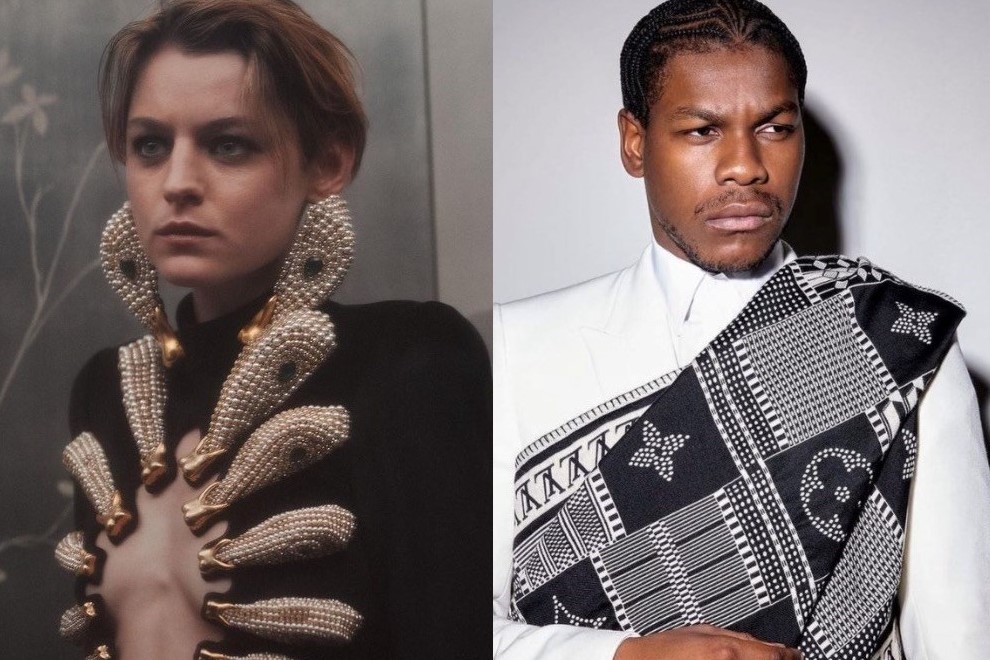 LA has earned itself a much deserved lie-in this morning. Not least because Meghan Markle finally broke her silence in that Oprah interview, but because last night marked the 26th annual Critics Choice Awards. And like all ceremonies this year, Hollywood’s glitterati were Zoomed in from living rooms and 5* hotel suites around the world, dressed head to (we presume) toe in their finest regalia.

Style-wise it was the Brits who led the pack. John Boyega, who won a Best Actor award for Small Axe, flexed his fashion credentials as he sat swathed in Louis Vuitton AW21 kente, while The Crown’s Emma Corrin picked up her award for Best Actress looking like a young Medusa in Schiaparelli couture, wearing an LBD fanned with jewel-encrusted chest embellishments.

Elsewhere, Paul Mescal missed out on an award for his role in Normal People but won in a Prada suit with accessories courtesy of Cartier (a Cartier watch rather than a Cartier Connell chain, sadly). And Gillian Anderson, of course, cut a stately figure in satin tailoring from Dior as she took home her award for Best Supporting Actress for her part in The Crown. Donatella took Euphoria’s Algee Smith under her wing with a pastel pink SS21 Versace suit and Yara Shahidi joined award winner Anya Taylor-Joy in Dior, presenting via video link in a whimsical tulle number.

Have a click through the rest of the stand-out looks from the night in the gallery above.