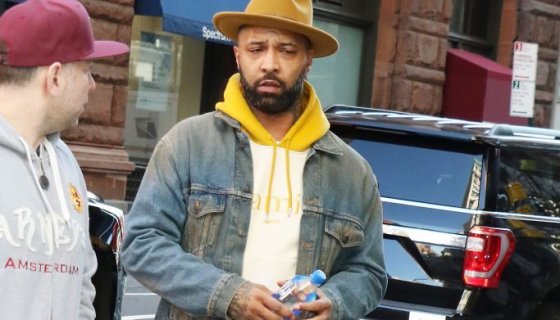 Fans of The Joe Budden Podcast should be well aware that they’re no fans of Tekashi 6ix9ine, whom they largely refer to as “Duke” as to not give him any more shine. While commenting on beefing about numbers and relevancy, shared thoughts about his former Complex co-host for standing up for Tekashi after the rapper reportedly faked his streaming numbers.

On Episode 358, the Spotify Boys (for now) aimed part of their commentary over the recently-surfaced tiff between Gibbs and Akademiks, sparked by an interview the Gary, Ind. rapper held with Bootleg Kev in where he mentions his former alignment with Jeezy’s CTE imprint. Akademiks went on an explosive tirade social media, calling Gibbs, among other things, a “little n*gga” and that he’s irrelevant in comparison to Jeezy.

A humorous back and forth between the two ensued and eliminated into Gibbs’ making one of his insults towards Akademiks into a t-shirt for sale on his merch site. But what Budden and the gang zeroed in on was Ak’s assertion that numbers matter but actually supports an artist with a penchant for tall tales.

Rory handed off the assist to the show and they played a portion of Akademiks shooting insults in Gibbs’ direction with Budden responding saying he gets the relevance conversation but doesn’t understand why his former Everyday Struggle cohort is using that angle.

“I don’t respect the numbers game coming from Ak because he’s besties with a n*gga that fakes numbers. You more than anybody else, and we can do this another time, we don’t do this publicly, me and you, should know about faking numbers. You taught me about n*ggas faking numbers. I don’t ride with that numbers argument,” Buddens said.

Hop to the 3:20-minute mark below to hear the meat of the discussion regarding Buddens shutting down DJ Akademiks’ numbers and relevancy dig at Freddie Gibbs.